A Time of Transition 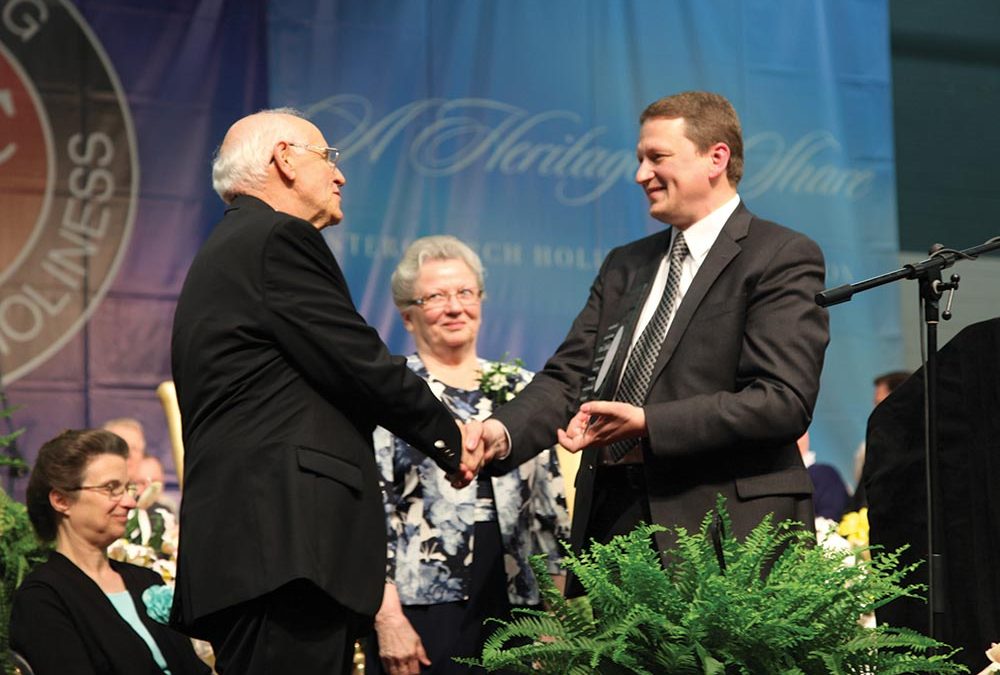 Serving in some capacity since 1955, Leonard Sankey has been a rock of stability for the holiness people. Except for his time of missionary service in Honduras and Guatemala, he has been part of the active ministry of the convention. He served as Assistant General Secretary to Harold Schmul (General Secretary 1952-1997) and was elected to succeed Brother Schmul as General Secretary in 1997.

On April 21, 2015, the Search Committee presented the name of James Plank to the Convention Committee in nomination and he was subsequently elected to succeed Leonard Sankey as General Secretary at the conclusion of his term, April 2016.

James Plank has worked extensively with the IHC and with Leonard Sankey, serving as Assistant General Secretary since 2006. During this time he has also served as Editor of the Convention Herald.
Brother Plank has served as pastor in Beavertown, Pennsylvania since 1994. He is married to Marie and they are blessed with a son, Jamison and a daughter, Jennifer.

Leonard and Janet Sankey were officially honored in a special service at the 65th Annual Convention in Dayton, Ohio. The Convention and Advisory Committees and their wives escorted the Sankeys to the platform where board chairman Michael Avery recognized their contributions to holiness people everywhere. It was announced that the Executive Committee had named Leonard Sankey “General Secretary Emeritus.” A painting of Leonard Sankey was unveiled to join the collection of IHC founders. James Plank and incoming board chairman Rodney Loper also gave words of appreciation. Marc Sankey represented the Sankey family in tributes. He and his wife Melodie favored us with a beautiful song.

The legacy of the Sankeys will continue. As long as God gives strength and help, Brother Sankey has committed to preaching and supporting the work of IHC around the world.