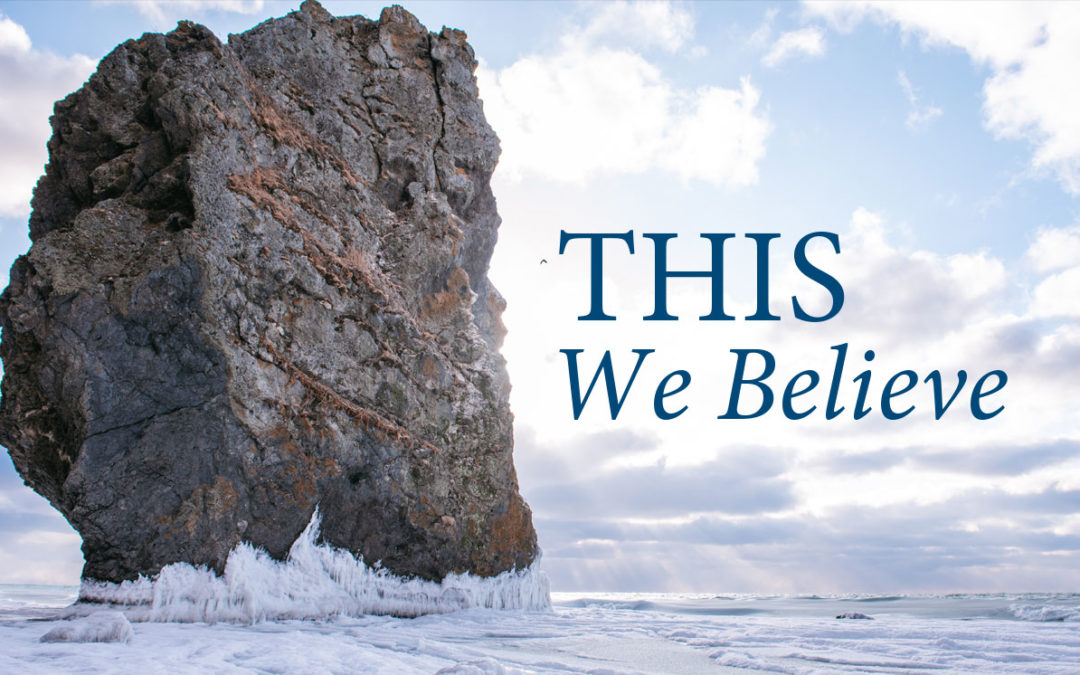 Holiness people devote themselves to the preaching of holiness, and have constantly urged upon the Church the necessity of pressing into this precious experience. Their primary reason for this is that they are in earnest about seeing men and women saved and made ready for heaven, and the Scriptures say that without holiness “no man shall see the Lord.” Many other things they regard as nonessential, but to this great truth they devote all their energy.

The distinctive teaching concerning holiness is that it is an experience for Christians only, and that it is wrought by Christ through the baptism with the Holy Spirit. This gift of the Spirit Christ promised to His disciples as a Comforter or Guide into all truth —a promise which was abundantly fulfilled on the Day of Pentecost. The holiness people hold, then, that the experience of holiness is a second work of grace, subsequent to conversion or the so-called “born again” experience. Their reason for this is that sin is twofold—an act and a sinful nature back of that act. Actual sins are forgiven at the time of conversion, but inbred sin or the sinful nature inherited from the race must be cleansed by the all-atoning blood of Christ. Before conversion, men come to Christ as guilty sinners seeking pardon; in seeking holiness, men come as the children of God, consecrating their all to Him in full devotion of heart and life. Then it is that by faith they receive the gift of the Holy Spirit as an indwelling Presence, purifying their hearts from sin and empowering them for service to Christ. Their scriptural basis for this twofold work is: “If we confess our sins, he is faithful and just to forgive us our sins, and to cleanse us from all unrighteousness” (I John 1:9). The Greek words for “forgive” and “cleanse” are in the aorist tense, which makes it clear that they are separate and distinct acts of God, or “two works of grace.”

There are many terms used to express this experience, such as Christian perfection, the rest of faith, the uttermost salvation, the fullness of the blessing, perfect love, and sanctification—all of these terms are scriptural. Perhaps the most used term is “sanctification,” to which the term “entire” or “wholly” (II Thessalonians 5:23) is added to distinguish the second work of grace from the more general use of the term sanctification. The words sanctification and holiness are the same in Greek, the verb “to sanctify” signifying the act by which men are made holy. Sanctification as God’s act is necessarily instantaneous, but holiness as a state or condition resulting from this act is susceptible to growth and development.

The opponents of this gracious but normal standard of experience have raised many objections to it, in many cases doubtless because of misunderstanding. As it is sometimes charged, the holiness people do not teach that there is no further growth after sanctification; instead, they maintain that, with the inner struggle against inbred sin having been taken away, growth is even more rapid and healthy. When the weeds are taken out of the garden, the plants thrive much better. Neither do the holiness people teach that sanctification delivers men from weaknesses, mistakes, and infirmities. They teach that men are delivered from sin in this life, but that in the resurrection, when the saints are glorified, they are made free from the consequences of sin. St. Paul speaks of two goals of perfection—a resurrection perfection toward which he strove but which he had not attained, and a Christian perfection which he claimed for himself as following fully after the higher goal (Philippians 3:11-15).

What this second work of grace does, then, is to purify the heart from inbred sin and fill it with perfect love. It enables its possessor through the indwelling Spirit to follow Christ fully even amidst weaknesses, mistakes, infirmities, or other hindrances. Holiness people believe that religion should bring righteousness, peace, and joy to the hearts of men, whatever their outward condition. They hold that the joy of the Lord is their strength.

In a convention to which I was called for some Bible studies, the ministers of the town formed a welcoming committee, and the Presbyterian minister delivered a welcome address. I have never heard a better characterization of the holiness people. He said: “Many Christians think they must starve along on skimmed milk in hope of getting the cream after they go to glory, but the holiness people demand some as they go along, feeling that it will not diminish their chances of getting even more hereafter. While most church members want just enough religion to make them respectable but never enough to make them uncomfortable, the holiness people want all they can get. They are not content with a faith that promises them forgiveness after they are dead and gone from earth; they want something that will put happiness and victory into their lives here and now. That they are finding the process an exhilarating one is obvious. They ask God to do a great deal for them—and He does. He gives them spiritual freedom, loosens up their vocal cords, and puts a look upon their faces that beats the cosmetician.”

But this vital and precious experience of the gift of the Holy Spirit is not for holiness people alone; some of the most eminent preachers of this doctrine and possessors of this experience have been Baptists, Presbyterians, Lutherans, Friends, and Episcopalians. The blessing is for all. Why not enter into this rest of faith that awaits the people of God?