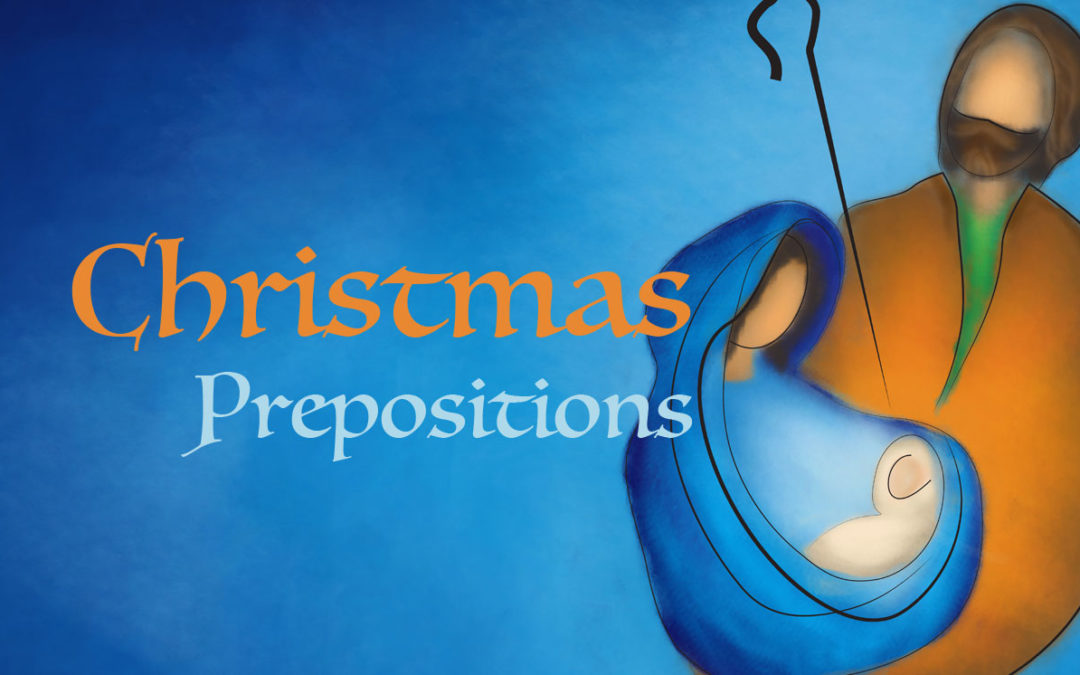 Consider the following scenario. You are standing beneath a large oak tree in your back yard when suddenly someone yells, “Look out for that rattlesnake!”

“On that branch above your head!”

Now, if all you read was the Old Testament, you could easily get the idea that God is far removed from us. In Exodus 19 we read of a mysterious God who dwells on top of a mountain and threatens the people with immediate death if they come too close, and then in Exodus 40, this same God suddenly comes closer to His people as His presence fills the Tabernacle and He moves to dwell in their midst. But still, there was a veil of separation—a divide that seemed to say, “You may come this close, but come no closer.” And yet, as the years passed and the history of the Jewish people unfolded, God spoke through His prophets to reveal that one day He would come closer to them than He ever had been.

There was no prophet who spoke more clearly about God coming closer to His people than the prophet Isaiah, and none of Isaiah’s predictions reveal more about God’s intentions than Isaiah 7:14. Can you hear the voice of this great prophet of God as he announces that Christmas preposition that would change everything: “Therefore the Lord himself shall give you a sign; Behold, a virgin shall conceive, and bear a son, and shall call his name Immanuel.”

Six hundred years later when Matthew recorded the events of Christ’s birth, he repeated Isaiah’s words. “Behold, a virgin shall be with child, and shall bring forth a son, and they shall call his name Emmanuel, which being interpreted is, God with us.” (Matthew 1:23) Did you catch the preposition? Not a God Who is too far away to care, not a God Who is too far above to notice, but a God Who is coming to be with us! Emmanuel—God with us!

The mysterious God on top of the mountain became God in the cloud filling the Tabernacle, but He is coming closer still. He is coming to be with us.

“And when the days were accomplished that she should be delivered, she brought forth her firstborn son and wrapped Him in swaddling clothes and laid Him in a manger…” And now, God Most High is God Most Nigh.

God with us gives purpose to the most mundane moments of life. God with us transforms the most difficult experiences of our human existence.

He is with us when our needs surpass our resources.

He is with us when distress and discouragement are standing at the door.

He is with us when the stinging wounds of betrayal are hard to understand.

He is with us when disappointment and failure steal the wind from our sails.

He is with us when the diagnosis is not what we wanted to hear.

He is with us when the chilly wind taunts us as we walk away from a freshly dug grave in a cemetery where we did not want to be.

God is with us, and that would have been enough, but it did not end there. In John 14, Jesus told His disciples of a Comforter Who was coming to live with them forever, and He declared that this Comforter, God the Holy Spirit, “dwelleth with you and shall be in you.” If God had simply said, “I will be with you” it would have been enough, but He came closer still. He said, “I will be in you.”

“What shall we then say to these things? If God be for us, who can be against us?”

Walk up Calvary’s hill that dreadful Friday. Stand at the foot of the cross, and look in the eyes of the One Who hangs there. See the nails that pierce His hands and feet, the rough crown of thorns on His brow. Look at the bruised and bleeding body of our Lord. Listen as His weary but determined voice reveals the compassion of His heart, “Father, forgive them for they know not what they do.” Hear as He cries with a broken heart, “My God, my God, why have you forsaken me?” Stand as He gasps at last, “It is finished.” No man who takes in that scene with an honest heart could dare deny that the God Who came to be with us and the God Who wants to live in us is a God Who is very much for us.

“He that spared not his own Son, but delivered him up for us all, how shall he not with him also freely give us all things?” Calvary’s sacrifice is proof that God is for us, and the resurrection is proof that His power is sufficient for every need we have.