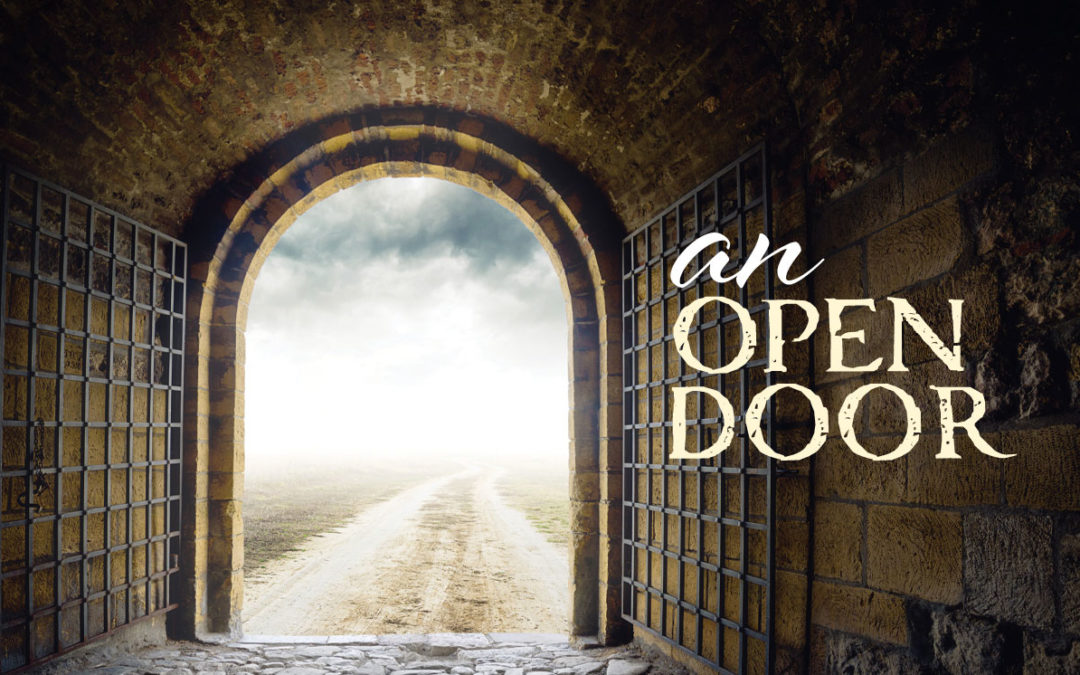 Have you ever played the game, “Ain’t It Awful?” If you’ve never played this game, the rules are pretty simple. In conversation, you share something from the news and say, “Ain’t it awful what people are doing today?” Then someone else takes a turn, “And I heard…. Ain’t it awful?”

The church at Philadelphia could have matched any of us today in a round of “Ain’t It Awful.”

Religiously, Philadelphia was a center of worship of the god Dionysius, a god celebrated with drunken debauchery. The church was surrounded by wickedness. Ain’t it awful?

Socially, the church at Philadelphia was small and unimpressive. It had only a little power. An onlooker would have mocked them as weak and ineffective. No one expected this church to do much to impact their world. Ain’t it awful?

Politically, Philadelphia was part of the Roman Empire – a world in which Christian moral values were despised and an empire that was killing Christians! Ain’t it awful?

It was awful! But God said, “Instead of playing ‘Ain’t It Awful,’ I want you to rejoice in the open doors I have set in front of you.” Listen to His words to Philadelphia, “I have set before thee an open door, and no man can shut it:” Instead of focusing on the problems of their world, God pointed them to the open doors of opportunity.

“Open” is a perfect participle passive. Isn’t that exciting??? Yes, it is exciting – even if you don’t particularly love grammar! It is exciting because it means this:

First, “open” is a participle that can be translated as “an opened door.” The door is not open by chance; it is open because God has opened it. Lamen Sanneh, the great African church historian, wrote about the 19thcentury missionary movement: “The missionaries did not bring God to Africa; God brought the missionaries to Africa.” What did he mean? Before the first missionary set foot on African soil, God was already at work! God was preparing the hearts of people. It was God who called the missionary. It was God who opened the door.

Then, “open” is in the perfect tense. This refers to an action that took place in the past with results that continue into the present. In other words, the door was opened by God – and it remains open. God does what He wills – and man cannot defeat His purposes. When God opens a door, the door stays open! No man can shut it.

When I am tempted to discouragement, it is often because I fear that God isn’t quite strong enough to accomplish His purposes. Of course, I would never say it so bluntly; it doesn’t sound spiritual! Instead I say it in more delicate terms: “These are challenging times.” “We live in the last days.” “We face many enemies.” But these are really just nice ways of saying, “I’m not sure God is strong enough to keep the door open.”

Will there be challenges? Of course! When Paul saw an open door for ministry, he also saw the reality of the opposition. “For a great door and effectual is opened unto me, and there are many adversaries.” (1 Cor 16:9). Paul knew that there would be opposition, but the door was open, and he was determined to walk through it.

Finally, “open” is passive voice. This means that the subject receives the action, it doesn’t do the action. In other words, the door didn’t open itself; God opened it! It is not simply an open door, but an “opened door.” The door is not open by chance; it is open because God opened it.

When I am tempted to discouragement, it is sometimes because I think it all depends on me. “I need to open this door! I need to push harder!” But Jesus said to the church at Philadelphia, “I’ve already opened the door. All you have to do is walk through it.”

We all have open doors: an unsaved family member, a needy neighbor, a discouraged fellow Christian, a vacancy on the church bus route. Open doors. Let us purpose to walk through the doors that God has opened.

Dr. Randall McElwain is as an effective evangelist, teacher, writer, and missionary. He is the Discipleship and Teaching Pastor at Hobe Sound Bible Church in Hobe Sound, FL where he resides with his wife Sue.