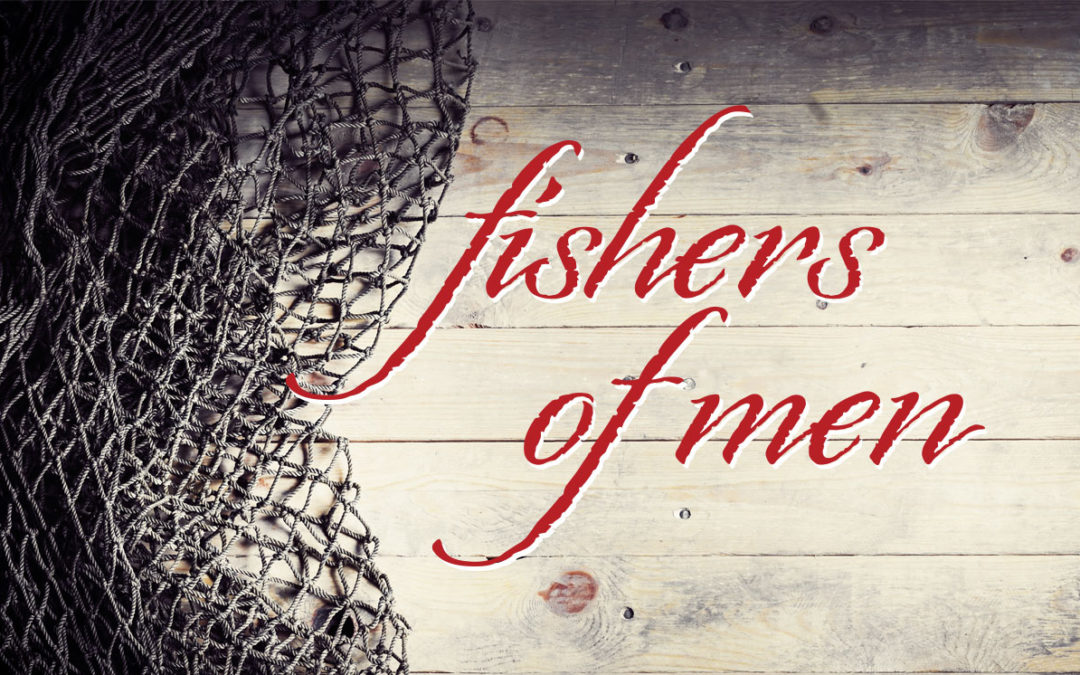 The mere fact that a person has tried to win souls and for some reason has not been successful does not mean that he is defeated or that he is a failure.

However, in the story recorded in Luke 5:1-11, Peter had tried and failed, and he was defeated. The disciples caught nothing, and Peter didn’t think they could catch anything, even with Jesus telling them where to go. Many people have this attitude of defeat. They don’t feel there’s any point in their trying.

I know there are some places at home and abroad where there is a season of effort, a time of sowing, before a time of reaping can be expected. The Telegu Mission in India had been operating for some 30 years, from 1840 to 1870, with so little evident success that the board at home finally decided to close down the work. The missionaries, who had prayed much and put great effort into the work, entreated the board to let the station remain open a little longer. The request was granted. God visited the field and what had seemed to be such a failure soon became a great victory. Over a period of six months, 8,000 souls were born into the Kingdom of God. Delay does not mean defeat.

Peter is an example of a defeated laborer. Jesus said to these fishermen, “Launch out into the deep, let down your nets for a draught.”

Peter responded without enthusiasm, “Master, we have toiled all the night and have taken nothing.”

Defeat is not only a temporary failure; it is an outlook of discouragement. The defeated workman is a man who has lost his enthusiasm for the task. He’s lost his optimism. He’s going on from a sense of duty or drudgery. I am sorry to say there are efforts which go on with dismal dreariness. “We’re keeping our doors open. We’re going on with our program, even though we don’t expect any souls to be saved.”

There are people who carry on diligently with their program—perhaps the routine scheduled revival meeting each year—but nothing much is expected and nothing much is lost by the effort. This faithfulness to a long-established program has become a substitute for the joy and thrill of winning souls for Christ.

The defeated laborer has not only lost his enthusiasm, but he readily condemns those who are catching fish. He thinks they must be using dirty nets. He’s keeping his net clean; he’d rather have a clean net that’s empty than a full net that’s dirty. I fully acknowledge there are many people today who are using methods that are shallow and superficial. There are many whose belief is too shallow to be genuine. But, none of this is an excuse for us not to go after men in the right way.

The defeated laborer needs a new vision of the leadership of the Lord Jesus Christ. Peter needed to see again that Jesus knew how to catch fish. Jesus Christ knows how we can catch fish in our age. HE is leaving His church here for a specific purpose. He declared that He would be with His church in the fullness of His power until the very end of the age. I believe it’s time for God’s people to strike out into the deep, and trust Jesus Christ to show us where the fish are. He can show us how to get them into the net and help us to have an ingathering before He comes.

Let’s consider the half-hearted laborer. Peter said, “Master, we have toiled all night; we have taken nothing. Nevertheless, at Thy word I will let down the net.” Jesus had told them to launch out into the deep and let down their nets. He brought them into one net—no wonder it began to break. It was then that Peter awakened to the fact that Jesus was indeed the Master Fisherman and that he had been guilty of giving a half-hearted, reluctant obedience in his fishing.

There should be those who go into business solely for the purpose of giving their profit to the work of the Lord. We’re not talking about tithing now; we’re thinking of living a whole life for the cause of winning souls to Christ.

When we served as missionaries in South Korea, Brother Sohn, president of the Bible school, had to have some dental work done at the same time that I did. He had to have much more work done than I, however, and my wife and daughter wanted to help with his dental bill. We gave him some money, and insisted that he pay it on his dental expenses. I found out that he had indeed paid it—on my dental bill instead of his own. He said, “My Korean people don’t have American friends to pay their dental bills, and I, as a good worker for Jesus Christ, cannot live at a higher level than my people live.” Before I came home this brother told me he was going to sell his house and put the money into the purchase of land for a new seminary. I told him I didn’t want him to do that, but I found out that he did. He moved from his home to a temporary, little apartment. How much do we know about this kind of self-denial?

Now, let’s consider the successful laborer. The successful laborer is a person who goes where the fish are to do his fishing. Jesus said, “Launch out into the deep.” A lot of fishermen say, “Well, Lord, I don’t like to get so far from home. Please let me fish from the dock.”

Today, we are still placing a large percentage of our workers to fish from the dock, while only a small percentage are going out where the great schools of fish swarm untouched by the Gospel. Is this God’s will? I think our preconception that the call of God is always a call to be a pastor in the United States of America, unless He gives us some special revelation to go where fish are, is a misconception. I don’t mean by that to ask all pastors to suddenly give up their pastorates and go somewhere around the globe. I’m asking everybody who has a call to be wide open to the Spirit of God to lead you anywhere He wants to put you. The tragedy today is that there are massive schools of fish that are ready to be caught, but our workers are insisting on fishing off the dock. We spend a lot of time flopping fish from one stringer to another, letting a lot of little ones get away, then catching them all over again, saying “Whoopee! We got him again.” There are schools of fish waiting to be caught for the first time.

One summer, my wife, daughter and I cut fishing poles from some bushes, rented a rowboat and went fishing in a lake. We saw boats with expensive fishing gear going by and occasionally we’d hear people say, “Look! Look at those people over there. They’re fishing with sticks!” But what of that? We were catching fish and they weren’t. That’s the test—are we catching fish? Some people insist on using the same old method even if it hasn’t caught any fish in twenty years. Their faithfulness to the method is far greater than their passion to catch fish.

Out of the twelve disciples of the Lord Jesus Christ, not one of them settled down to pastoral work in the homeland. Judas died of suicide. James died a martyr very early in the book of Acts. I think all the others went abroad as foreign missionaries and most of them died on foreign mission fields.

The New Testament plan is for the lay people to do the work of an evangelist at home and the best trained men of all to go abroad and take up the challenge of foreign missions.

There are billions of people in the world. Many of them still wait for the first personal invitation to come to Christ.

Finally, the successful fisherman fully expects, with the guidance of the Holy Spirit, to have success. Do not believe for a moment that the day is done for the true church. Jesus Christ is still the Master Fisherman. And if you will open your heart wide to follow the up-to-date leadership of the Lord. He’ll show you where the fish are. He’ll put you in there to cast in your lines. God will give you an ingathering of souls. If you’ll fully obey Him, He’ll take you through and make you a successful fisher of men.