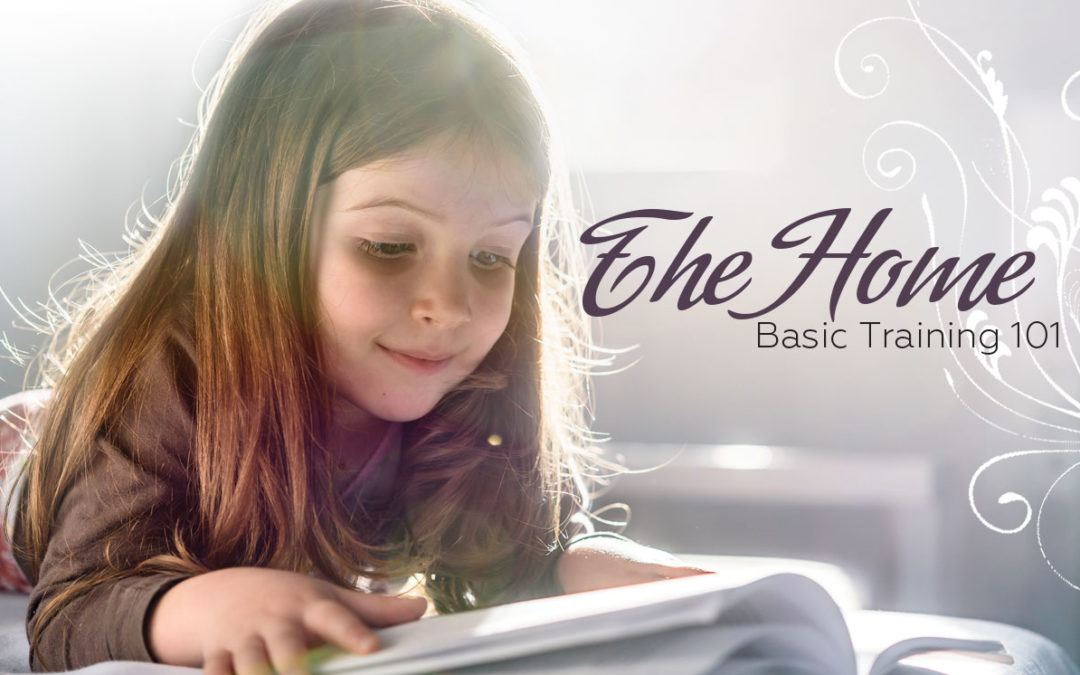 It was Warren Weirsbe who said, “Sooner or later every believer discovers that the Christian life is a battleground, not a playground.” If this is true, and I believe it is, it is imperative that the Church recognize that we are called to train soldiers for this epic war between good and evil. The apostle Paul in writing to his spiritual son, Timothy, challenged him with distinct military language, “Thou therefore endure hardness, as a good soldier of Jesus Christ. No man that warreth entangleth himself with the affairs of [this] life; that he may please him who hath chosen him to be a soldier.” Simply summarized, “Timothy, we are at war and you must be a successful soldier!”

But disciplined and devoted soldiers rarely simply appear. Any drill sergeant who has just “welcomed” a fresh batch of young recruits can quickly verify that these well-intentioned candidates are nowhere near battle readiness. Intense, focused training is needed. And this rigorous, military invention has come to be known as basic training or boot camp—“a physically and psychologically intensive process, which resocializes its subjects for the demands of military employment” (Wikipedia).

Understanding the need for such preparation at a national level, is there not both a distinct need and preferred process for similar instruction in the kingdom of God? Does the Church, the Body of Christ, not have such a training ground structured by God and ready to produce an army fit, focused and faithful? I would propose there is such a spiritual “boot camp”—the Biblical Home.

Genesis 1 and 2 outline for us that God created the home to be foundational in design. As time commenced its steady march, the family naturally became the basic building block of society. Adam (one man) was given Eve (one woman) and together they were instructed to become a distinct household unit by becoming “one flesh.” Through this oneness they were empowered to fulfill God’s desire that they “be fruitful, and multiply.” It is important to note that this was more than merely a good idea or personal preference. God commanded that bearing children be the normal standard for this new-born institution (understanding that due to the brokenness of a soon-fallen world, some couples would not be able to do so).

In Malachi 2:15, the Lord clarified the purpose of producing offspring: “And did not he make one… And wherefore one? That he might seek a godly seed.” Another version states it this way, “Didn’t God create you and your wife to become like one person? And why did he do this? It was so you would have children, and then lead them to become God’s people.” Did you catch that?! God intended that the marital union of a male and female produce “a godly seed”—children who are trained in the way they should think, act and live (Prov. 22:6). A subsequent generation prepared to be “God’s people”!

This leads us to the logical conclusion that this in-home boot camp is to be critically formative in development. While speaking to His people in Deuteronomy 6, God established that parents (not a school, government or even congregation) had the primary role in directing this basic training process: “And thou shalt love the Lord thy God with all thine heart, and with all thy soul, and with all thy might. And these words, which I command thee this day, shall be in thine heart: And thou shalt teach them diligently unto thy children…” Though men from the Greek philosopher Plato to John Dewey “the father of modern education” have argued that the state was better qualified to raise and train children, God seems to declare otherwise. On a side note, while I am a strong proponent of homeschooling, this argument is not primarily about who instructs our children in “reading, writing and ‘rithmetic,” but rather who is most influential in forming their character and worldview.

Paul references that Timothy himself was indelibly marked by his mother’s faith (II Tim. 1:5) and carefully molded by her intentional instruction (3:14-17). Though his father was Greek, and likely glorified the humanistic philosophies and corrupted deities of his own upbringing, in the end it was his mother’s diligent spiritual training that won Timothy’s heart and mind. “After all, what was Mount Olympus compared with Mount Moriah, Mount Sinai or Mount Zion? What was Hercules compared with Samson? What were the gods of Greece compared with the Elohim-Jehovah-Adonai of the Jewish people? Who could settle for human reasoning when he could have divine revelation? So young Timothy’s heart turned toward the Scriptures… [He] imbibed the Scriptures with his mother’s milk. Her lullabies were the Psalms. The songs she sang around the house were Hebrew hymns. She taught him to read from the Bible and respect it as the foremost and final authority on all matters” —John Phillips. By the time he met Paul (and consequently Christ), young Timothy was a well-qualified candidate for the Lord’s army.

The fundamental pattern for spiritual basic training has not changed. Couples are to have children, recognize their divine mandate to daily instruct them (Deut. 6), and progressively guide them (Prov. 22, Mal 2) to become “vessel[s] unto honour” prepared for kingdom use. These children are to honor and obey their parents “in the Lord” (Eph. 6), submitting to this ordained authority even when they do not fully understand it. As both parties fulfill their God-given roles, the results are revolutionary. A fresh corps of recruits are called and commissioned to be faithful in devotion to the King of kings!

C.T. Studd, that great British missionary from a century ago, powerfully emphasized the desperate need for Christian soldiers in his day: “Last June at the mouth of the Congo, there awaited a thousand prospectors, traders, merchants and gold seekers, waiting to rush into these regions as soon as the government opened the door to them, for rumor declared that there is an abundance of gold. If such men hear so loudly the call of gold and obey it, can it be that the ears of Christ’s soldiers are deaf to the call of God, and the cries of the dying souls of men? Are gamblers for gold so many, and gamblers for God so few?”

Undoubtedly, few of us would argue that the situation has improved much from that day. The Church of Jesus Christ must have a present-day army of willing volunteers ready to enlist and report for duty whatever it may cost. And I would propose that the best basic training for these needed recruits should be found just inside our own front doors.

The following hymn by Barbara B. Hart is a prayer that our homes become training grounds for God’s eternal purposes:

O give us homes built firm upon the Saviour,
Where Christ is Head, and Counsellor and Guide;
Where ev’ry child is taught His love and favor
And gives his heart to Christ, the crucified:
How sweet to know that tho’ his footsteps waver
His faithful Lord is walking by his side!

O give us homes with godly fathers, mothers,
Who always place their hope and trust in Him;
Whose tender patience turmoil never bothers,
Whose calm and courage trouble cannot dim;
A home where each finds joy in serving others,
And love still shines, tho’ days be dark and grim.

O give us homes where Christ is Lord and Master,
The Bible read, the precious hymns still sung;
Where prayer comes first in peace or in disaster,
And praise is natural speech to ev’ry tongue;
Where mountains move before a faith that’s vaster,
And Christ sufficient is for old and young.

O Lord, our God, our homes are Thine forever!
We trust to Thee their problems, toil, and care;
Their bonds of love no enemy can sever
If Thou art always Lord and Master there:
Be Thou the center of our least endeavor:
Be Thou our Guest, our hearts and homes to share.