A Biblical Portrait of Humility 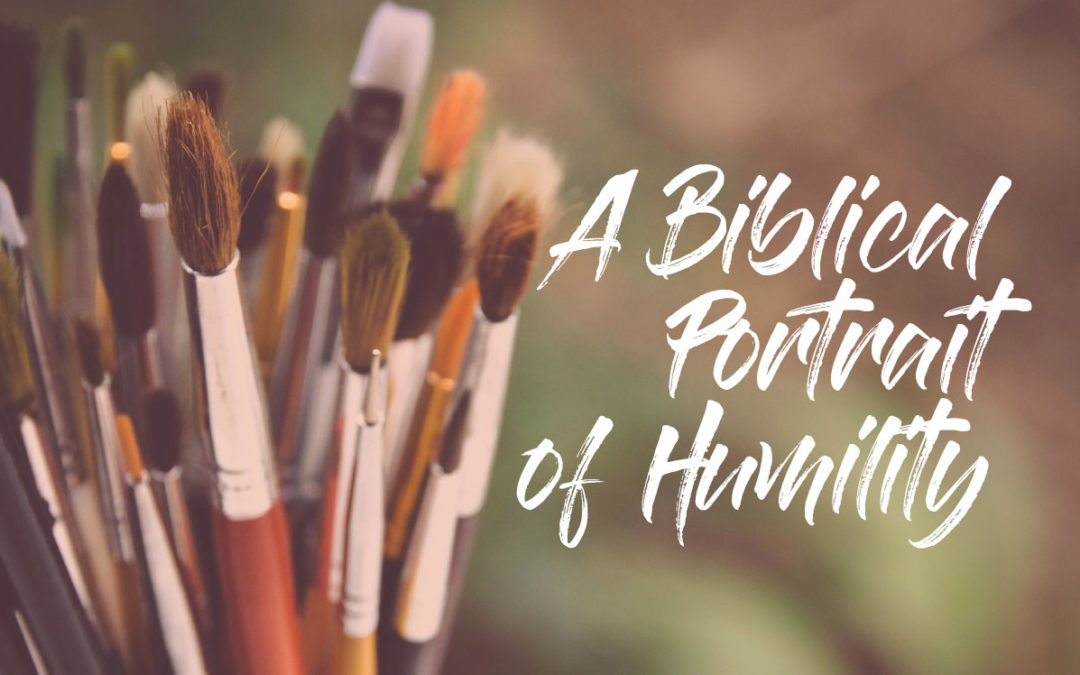 I am not a very good artist. This is not a statement of humility, this is a simple fact! However, I do have an 11 year old daughter who loves to draw, and over the years I have come to appreciate this talent in others even though I have little or no ability myself. While my stick figures are crooked, as the saying goes, I can marvel at the expertise of others who can take a blank piece of paper or canvas and from that develop a work of art.

When I go to Scripture, I likewise can appreciate the word pictures the Scripture draws for me in portraying great doctrines and themes of the church. One of the great pictures that I see in Scripture is the beautiful scene that results when God’s people humble themselves, pray, and the answer comes from heaven. We find such a picture drawn for us in Acts 4.

The Early Church was feeling the pressure. They had seen a great work of the Holy Spirt on the Day of Pentecost in Acts 2 in which the church was born, believers were filled with the Holy Spirit, and sinners were converted. Peter and John saw a great move of God in Acts 3 as a lame man from birth was miraculously healed. However, great workings of God attract great opposition by Satan, and now the Early Church was beginning to feel persecution. Yes, the pressure was on!

In the midst of perhaps their first great trial, the Early Church went to prayer. “…Lord, thou art God, which hast made heaven, and earth, and the sea, and all that in them is: … And now, Lord, behold their threatenings: and grant unto thy servants, that with all boldness they may speak thy word” (Acts 4:24b & 29). While I would encourage you as a reader to read this whole passage, these two excerpts tell us so much about what it means to humbly seek the Lord and focus on the only One Who is truly great!

Whether it’s the first century AD, or the 21st century, the church has known what it’s like to experience the pressures of a hostile world that is no friend to grace. Many times, the Church of Jesus Christ has keenly felt itself to be in “minority status”. However, the church has always been at best when it candidly admits that there is no power or greatness in itself, but in God alone. My pastor friend and inspirational role model, Rowan Fay, likes to talk about the “Power of Inadequacy.” This great paradox is born out repeatedly throughout Scripture and throughout church history. Although the prayer of Acts 4 is not a long one, there are some great practical principles on humility that we can apply to our lives, even though the word itself is not explicitly mentioned.

Let us look at a few principles or “brushstrokes” on humility from this passage:

Humility is not found in a dusty, dry dictionary definition. Humility is found in a faith-filled gaze at the greatness of our God. It is so much more than learning a definition, it is about a life-changing encounter with the greatness of our God! The story of the Early Church in Acts 4 is the story of a group of saints that looked to Jesus, humbled themselves before God, and found that He was all that they needed. The whole of Scripture bears this out! Moses experienced true humility that day as he took off his sandals before a Holy God there at the burning bush. Isaiah found true humility that day as he humbled himself before the One “high and lifted up”. You can insert your other Biblical examples and stories here!

A good number of years ago now as a pastor one Saturday evening, I was sitting in my study…and feeling discouraged. Someone had told me they were leaving the church. A few others were disgruntled. I was feeling rather insignificant and “small”. But that Saturday evening, as I sat there in the study thinking things over, the presence of the great God filled that little room, and all of a sudden, I knew that everything would be just fine. I was fully surrendered, and totally His, and I knew that I didn’t need to be first, right, or best. I just needed to be what He wanted me to be. While I probably didn’t think of Isaiah 57:15 that night, I found the principle to be true. “For thus saith the high and lofty One that inhabiteth eternity, whose name is Holy; I dwell in the high and holy place, with him also that is of a contrite and humble spirit, to revive the spirit of the humble, and to revive the heart of the contrite ones.”

Humility is freely admitting our confidence comes NOT from ourselves, but from God. We live in a world that is awash with books, seminars, and motivational YouTube videos on topics such as “self-confidence”, “self-help”, or even “how to love yourself”. Interestingly enough, when you go to Scripture, you will find little or no information on those topics! In fact, the primary emphases on “self” is the call to denial of self (Matt. 16:24; Mark 8:34; Luke 9:23), or crucifixion of self (Rom. 6:6; Gal. 2:20). Some would mistakenly thus conclude that Scripture is against confidence in general, but that is not the case. The Church of Acts 4 was extremely confident! However, their confidence rested not in themselves, but in God. Acts 4:13 spells it out. “Now when they saw the boldness of Peter and John, and perceived that they were unlearned and ignorant men, they marvelled; and they took knowledge of them, that they had been with Jesus.” Their confidence rested in the Lord.

When we think of the Early Church, the list is long of things that they did NOT have. Nowhere do we read in the Book of Acts of a slick marketing campaign, a dynamic youth ministry, or lavish church buildings. The Early Church did not gain their confidence by trying to rival Roman in political power, or outthinking the Greeks, or meeting the Jewish demands for more signs. They simply pointed to Christ crucified (I Cor. 1:22-23), and being filled with joy and the Holy Spirit (Acts 13:52) they had all the confidence they needed!

Humility is a choice we make in the midst of crisis or prosperity. 2020 is fast becoming a year of great crisis, fear, and uncertainty. We are dealing with issues and lifestyle situations that would have been unfamiliar to most of us just last year. However, in good times or in bad, true humility is found in those who bring their problems to the Lord, spread them out before Him, and find true deliverance.

In II Kings 19, when King Hezekiah was being severely threatened by the Assyrian army, he received a threatening letter from them. We read Hezekiah’s response in II Kings 19:44. “And Hezekiah received the letter of the hand of the messengers, and read it: and Hezekiah went up into the house of the LORD, and spread it before the LORD.” Just like the Early Church of Acts 4, Hezekiah CHOSE to take his problems to the Lord, focused upon the greatness of God, and victory was assured.

This is why I like to think of humility as a “portrait”. It is a word picture or story of men and women down through history who humbly admit that they have nowhere else to turn. They don’t have the charisma, talents, resources, or connections in themselves to be an overcomer, but they know One Who is infinite in ability! One of the most encouraging verses in all of Scripture has to be the result of what happened when that Early Church went to their great God. “And when they had prayed, the place was shaken where they were assembled together; and they were all filled with the Holy Ghost, and they spake the word of God with boldness. (Acts 4:31) The painting of humility has been drawn for us on the canvas of Holy Scripture. Let us gaze deeply at the beauty, let us ponder its meaning, and may God help us to paint a portrait of humility for the next generation.