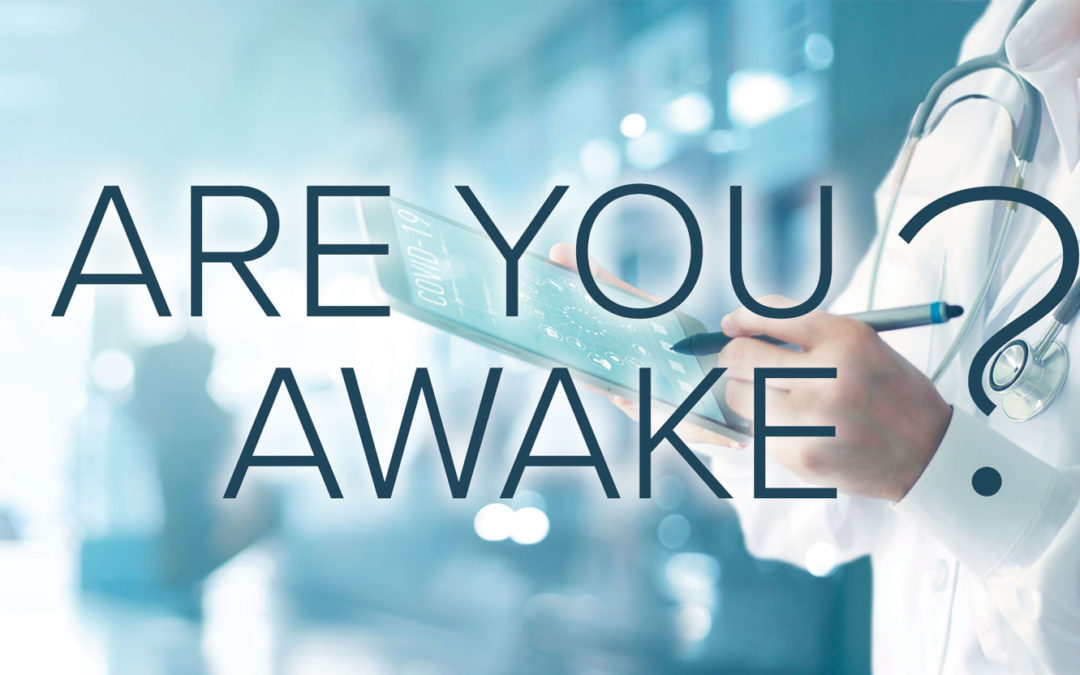 It is not often that the Wall Street Journal addresses the subject of revival. But there it was, March 26, 2020, an opinion piece titled “A Coronavirus Great Awakening?” The article began by asking, “Could a plague of Biblical proportions be America’s best hope for a religious revival?”1

The author, Robert Nicholson, described the increased commitment to religious activity in the United States following the grisly events of WWII. He stated that “in the late 1940s, Gallup surveys showed more than three-quarters of American’s were members of a house of worship, compared with about half today. Congress added the words “under God” to the Pledge of Allegiance in 1954. Some would later call this a Third Great Awakening.”2 This revival of religious fervor had an impact on me personally, as at least four of my own great-grandparents were converted in the 1940s and charted a course that changed the future of my family for the next five generations.

In the seventy-five years that have passed since the end of WWII, Americans have enjoyed prosperity, comfort, and security. As Nicholson put it, “Life [has] been deceptively easy until now. Our ancestors’ lives, by contrast, were guaranteed to be short and painful. The lucky ones survived birth. The luckier ones made it past childhood…[But] we now float through an anomalous world of air conditioning, 911 call centers, acetaminophen, and pocket-size computers, containing near the sum of human knowledge. We reduced nature to ‘the shackled form of a conquered master,’ as Joseph Conrad once put it, and took control of our fate. God became irrelevant.”3

But in 2020 our nation has suddenly been faced with a disease that we do not fully understand and that we cannot control—a global pandemic that, in many ways, has brought the world to its knees. God has allowed men and women from every station in life to be humbled. What should be our response? Nicholson declared, “For societies founded on biblical tradition, cataclysms need not mark the end. They are a call for repentance and revival.” He concluded by asking, “Could a rogue virus lead to a grand creative moment in America’s history? Will Americans, shaken by the reality of a risky universe, rediscover the God who proclaimed himself sovereign over every catastrophe?”4

The Psalmist David, in a spirit of true humility, asked, “What is man that thou art mindful of him, and the son of man that thou visitest him?” But many in our culture have turned David’s question on its head and instead have proudly asked: “Who is God, that He should have the final word or be the ultimate authority?” Much like those whom Paul described in Romans chapter 1, many in our world have had some knowledge of God, but they have not glorified Him as God, and they have changed the glory of the incorruptible God into something finite and earthly, and have ultimately decided that God and His Law is unimportant and irrelevant to life in modern times. Taking God from His rightful place of prominence, they have become gods unto themselves. They sleep the sleep of spiritual death.

Many within the Church are also sleeping—distracted by a mountain of responsibilities and too often sidetracked by the idols of pleasure, entertainment, and the pursuit of stuff. The interesting thing about worldliness is that, at its core, it never changes. The lust of the flesh, the lust of the eyes, and the pride of life can take on a thousand different forms—forms that are always changing and evolving to appeal to each new generation.

The world needs to see a Church that is clearly Christian and biblical in its thinking and pattern of living. We cannot afford to substitute the leadership of the Holy Spirit with the ever-changing strategies and advice of secular, worldly-minded self-help gurus. Too many have become dangerously comfortable with syncretism— mixing their Christian faith with philosophies and perspectives that are not distinctly Christian until their worldview is based more on current thought than on the teachings of Scripture.

Over 150 years ago, the well-known Baptist preacher, Charles Haddon Spurgeon said, “I believe that one reason why the church of God at this present time has so little influence over the world is because the world has so much influence over the church.” He said, “Put your finger on any prosperous page in the Church’s history, and I will find a little marginal note: ‘In this age, men could readily see where the Church began and where the world ended.’ Never were there good times when the Church and the world were joined in marriage with one another. The more the Church is distinct from the world in her acts and in her maxims, the more true is her testimony for Christ, and the more potent is her witness against sin.”5

We cannot adjust the Gospel and God’s standard of holy living to make it more appetizing to a sinful, rebellious world, but neither can we be like those who tighten self-righteous robes beneath their chins and proudly proclaim, “God, I thank thee, that I am not as other men…” while doing nothing to impact our communities for God.

Through the pen of the Apostle Paul, the Holy Spirit calls His church to WAKE UP!  ” (Ephesians 5:14)

Waking up is not always easy. Sometimes it is less than pleasant. We are not easily disturbed from the comfort of rest. But still, God calls to His Church, “Wake up!”

Did God send the coronavirus? There may be differences of opinion, but I do not believe that. All disease is a result of the Fall of man in the Garden of Eden and sickness and death passed on the human race because of the curse of sin. But I DO believe that God can and will use circumstances of all different kinds to humble us and to wake us up to things that really matter. Are you committed to learning what God wants to teach you? Are you tuned in and listening to hear the voice of the Holy Spirit? Are you awake?