Church Planting: A Trend or a Mandate? 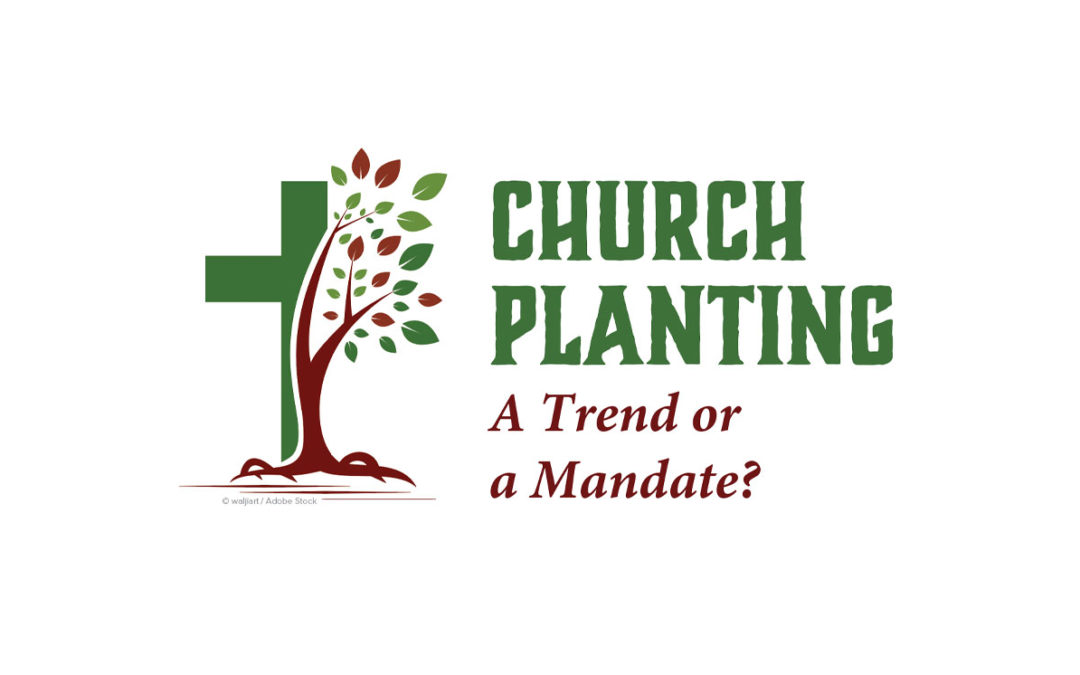 The evangelical world has seen its share of fads and trends. The prayer of Jabez, WWJD, and the Left Behind series all saw their fifteen minutes of fame. Then came the hype about positive thinking, then it was how to be a leader, now the emphasis is on being relevant. Fads come and go. Many people would label church planting as one of those passing fads. In recent years we have been hearing more and more about church planting teams and church planting techniques. Multitudes of books have been written on the subject. There have been seminars, conventions, and forums all addressing the issue of church planting. It seems to be the “in” thing right now in the church world.

Jesus revealed to His disciples what His mission was going to be post-crucifixion. He asked them first of all who people said that he was. The disciples replied that some said that He was John the Baptist and that others said Elijah or a prophet. But then Peter jumped in and said, “You are Christ the Son of the living God.” That’s when Jesus declared, “…thou art Peter, and upon this rock I will build my church: and the gates of Hell shall not prevail against it.” Peter’s confession that Jesus was the Christ was to be the foundation for every believer and every church. Jesus’ mission was to build a church upon this declaration of faith.

The word church in Matthew 16:18 is the Greek word ecclēsia which refers to both the church universal and to local congregations. It never refers to a building. It literally means “called out.” Ecclēsia also means assembly or congregation. So, Christ is going to build assemblies of “called out” people who believe He is the Son of God. This is the method that Christ said would prevail against the gates of Hades, the place of departed spirits. This is Christ’s mission; getting men and women to believe in His Messiahship, organize them into assemblies and use them to destroy Satan and his henchmen.

If there was ever a sure-fire way of tearing down the forces of darkness it’s through church planting. Assemblies of believers make lasting impacts in their homes and communities. Bars close down, crime rates drop, divorce rates dwindle, sin is held at bay and darkness is expelled. Where there is an active, reproducing church it is extremely difficult for Satan to continue a smooth operation. Christ’s passion must be our passion.

Jesus’ last earthly command is what we call the Great Commission found in Matthew 28:19-20. “Go ye therefore, and teach all nations, baptizing them in the name of the Father, and of the Son, and of the Holy Ghost: teaching them to observe all things whatsoever I have commanded you: and, lo, I am with you always, even unto the end of the world.” The word teach in verse 19 is the Greek word mathēteuō which means “make disciples.” By making disciples we will naturally make churches. Each disciple becomes the temple of the Holy Spirit, and a true disciple will seek fellowship and connection with the body of Christ. Disciples who are sincere in following Christ will soon learn that they should not “neglect the assembling of themselves together” and will inevitably grow into congregations where they can encourage one another and exhort one another.

If we are fulfilling the Great Commission we will be forced to either grow a church or plant a church. Two great elements of Christ’s mandate are to teach and to baptize. How can that be done any better than through an assembly of Christians? Disciples who are part of a congregation will receive the benefits of the spiritual gifts practiced by the believers. First Corinthians 12 gives us the list of spiritual gifts and explains that they are to be used for the benefit of all the members. Christ’s mandate requires a local church; a body of believers that will disciple and baptize. The more churches we plant the closer we can get to fulfilling the Great Commission.

Jesus lived out his model of reaching the world through his disciples. He taught them, trained them and sent them out to do the job. What did that job look like? How did Christ’s disciples understand his mandate? Those who stood watching Christ ascend into heaven and had His last words ringing in their ears to “go into all the world and preach the gospel” understood His last command to mean church planting because that is exactly what they did. Based largely upon tradition we have a general idea of where many of the disciples ministered after Christ’s return to heaven. Andrew is believed to have preached in present day Ukraine and regions of Russia. Thomas traveled to India where he preached the gospel and was later martyred. Matthew ministered in Ethiopia. Matthais worked in Syria. John is believed to have been the leader of the church of Ephesus for a time before being exiled to the isle of Patmos. Everywhere these men went they preached the gospel and the believers formed congregations. They clearly understood the Great Commission to mean in essence church planting. This was the obvious thrust for Paul during his missionary travels. He left behind numerous congregations. Thanks to his communication with some of those churches we have a large part of our New Testament. Church planting has always been the New Testament model of missions and growth.

We see this model vividly portrayed in Acts 11:19-26. Persecution in Jerusalem and other parts of Israel began to drive Christians outward into more distant lands. As Christians moved from one place to another they preached the gospel. In Antioch many of the Greeks believed and in a very organic way began to form a local church. Paul and Barnabas would spend a whole year in this new church plant teaching God’s Word.

This model is repeated throughout the book of Acts. A model we should closely follow today.

As Christians, as a holiness movement and as a church denomination we must re-discover the importance of church planting. Our Bible colleges must emphasize it. Our leaders must have the vision for it. Our churches must support it. Our people must be involved in it.

Is church planting just a passing fad? It dare not be. This is Christ’s mission, Christ’s mandate and Christ’s model. It better be ours too!