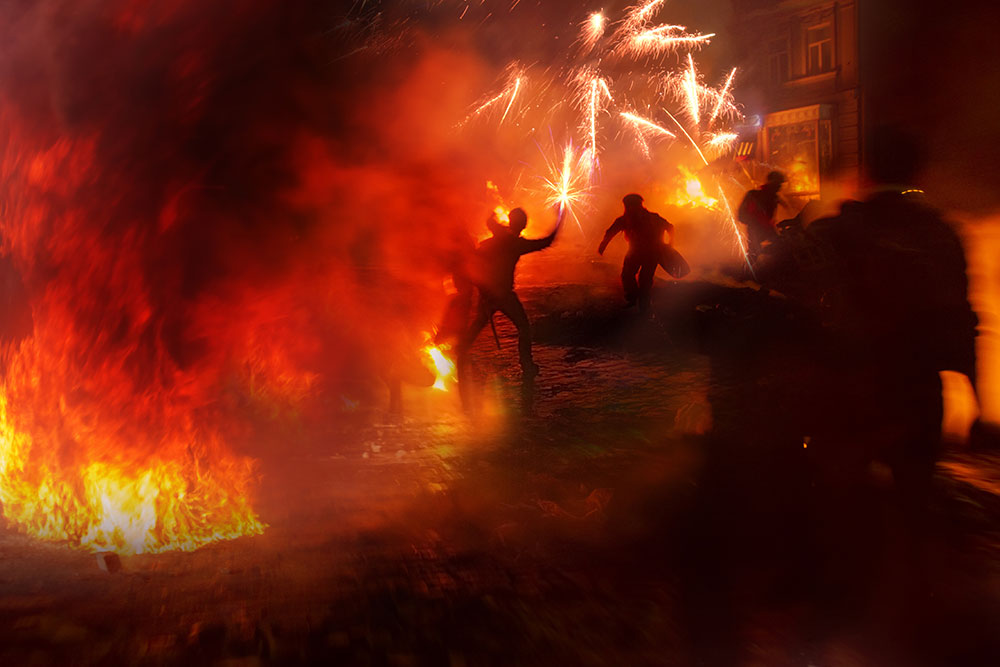 In the justice department it’s known as THE FERGUSON EFFECT. As criminals are increasingly brazen and citizens are increasingly critical of law-enforcement, law and order is giving way to mayhem and anarchy. Violent crime in our cities is rising at an alarming rate. Murder is up 33% over last year in greater St. Louis.
In our schools it’s known as THE INDISCIPLINE EFFECT. Some of the finest teachers in the nation are throwing up their hands in despair and calling it quits. Unable to combat the breakdown of classroom discipline, the impotence of school leadership, the strident and unreasonable demands of parents, and the ever increasing requirements of government bureaucracies (i.e. be sure to have restrooms for transgender students) our schools are at risk.

In our politics it’s known as THE ANXIETY EFFECT. Voters are incensed that nothing seems to be working very well in the government. Their fiscal policy is reckless, their regulatory requirements are stifling, their governance is divisive, and their moral sense is appalling. Our principled commitment to the Constitution is eroding as the Executive Branch over-reaches, the Judicial Branch legislates from the bench, and the Congress favors special interests (especially their own) over the public good. And who is it that continues to elect these miscreants? A citizenry that is “slouching towards Gomorrah.” (Taken from the title of a book by that name by Robert Bork.) DeMaistre was right: “Every nation gets the government it deserves.”
What has brought us to this chaotic hour?

We could point to Hollywood’s baneful influence, or to the degenerates we exalt as celebrities, or even to the ubiquitous immorality on the omnipresent internet. All of these are corrosive of civility. But they are effects more than causes of our moral meltdown.

The problem is deeper. Ours is a crisis of conscience.

Our conscience urges us to do what we think is right. But when our understanding of right is warped, our conscience is not simply ineffective, it becomes a force urging us to do wrong. And what’s worse, we feel great about it. Wrong now feels right.

The tragedy of this late hour is that the Church, that one institution that God ordained to instruct mankind’s conscience—to declare “Thus saith the Lord,” and “This is the way, walk ye in it!” has rendered itself impotent by an all-consuming fear of legalism while at the same time ignoring the danger of lawlessness.
One Nazarene writer from a generation past put it this way, “Legalism has slain its thousands while liberalism has slain its tens of thousands.”

And what is this “legalism” that is so disdained?

It’s not the legalism Christ condemned when he warned the Pharisees, “You pay tithe of mint and anise and cumin, and have omitted the weightier matters of the law, JUDGMENT, MERCY AND FAITH: THESE YOU OUGHT TO HAVE DONE, AND NOT TO LEAVE THE OTHER UNDONE!” Matthew 23:23.

Note that Jesus did not say that if you are merciful you can forget tithing. He did say that while you are tithing your tiny spice collection don’t neglect justice, mercy, and faith!

The legalism that we are told to dread is actually obedience.

God forbid that we would think that loving God implies we love obeying God!
God help us steer clear of that horrid heresy that holiness, and purity, and righteousness is what God wants in and of His people.
God deliver us from discerning right from wrong, good from evil, and the holy from the profane.
The platitudes of the self-appointed legalist police are wearying:
God isn’t interested in gender distinction.
God doesn’t care who I love.
God won’t hold me to my promises—especially this one: “‘til death us do part.”
God knows that I lie and steal, but that’s just business.
God is no absolutist, He sees far more than 50 shades of gray.
God couldn’t care less about what I wear—or don’t wear.
God wants me to be rich and to look glitzy, glamorous and successful.
God wants me to be happy.
God is thrilled when I’m admired.
God doesn’t want to be my boss-man, He’s just wants to be my friend.
God understands when I deny Him—I could die if I don’t.
God knows I’m not the servant kind.
God doesn’t expect me to put Him first in everything.
God knows my heart—sometimes I get really emotional when I think about Him, or Her, or Whoever God is…
The enemy has us right where he wants us.

We have convinced ourselves that whatever the will of God may be (a matter that is always up for debate particularly among those with a fallible Bible) we are not to obsess over it. In fact, we are told that it is downright wrong to think that God wants us to do right. Being right, thinking right, and doing right are legalistic snares. Don’t just forget all that, denounce it!

But neither of these passages, nor any other passage of Scripture denounces obedience to the faith (Romans 1:5). In fact, Jesus said, “He that hath My commandments and keepeth them, he it is that loveth Me; and he that loveth Me shall be loved by My Father, and I will love him and will manifest Myself to him.” (John 14:21). Christ was clear. “If you love me, keep my commandments.” (John 14:15)

Until the Church lovingly and plainly and insistently declares the whole counsel of God—His Law, His Truth, His Standard, and His Salvation—the corrupt conscience of our nation will continue to bear the fruits of unrighteousness. God help us.