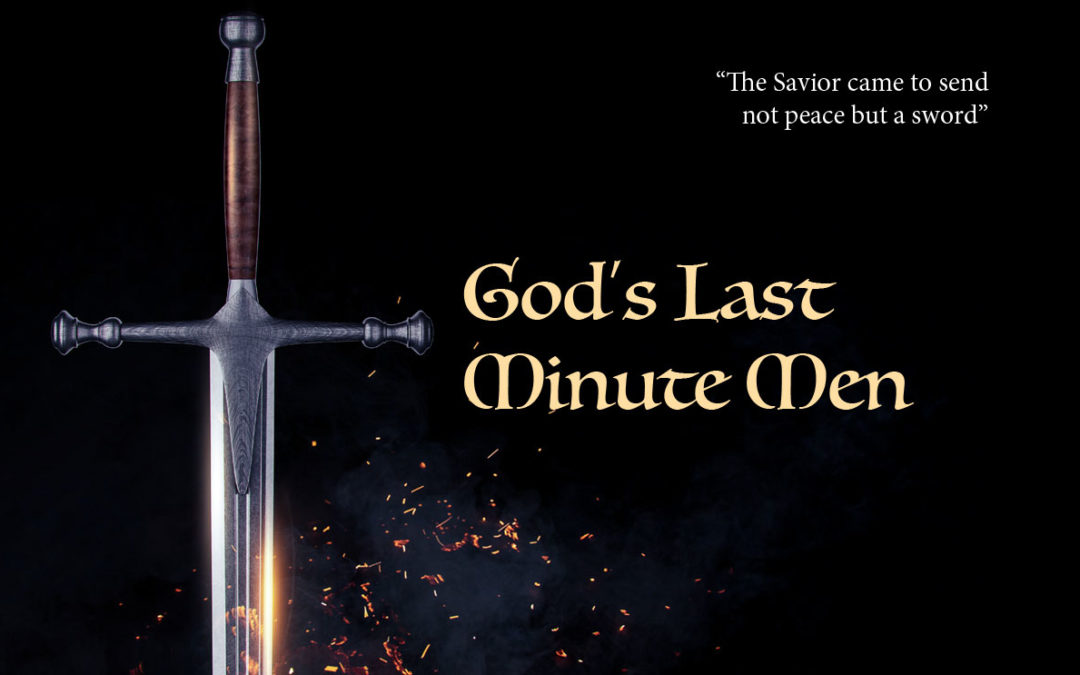 Whatever may have happened to it since, the Christian way did not begin as a broad boulevard. Our Lord said the gate to eternal life was strait and the way narrow. He said that few find it and from that to the faithful few in Sardis (Revelation 3:4), the New Testament does not give us the impression of a popular, all inclusive movement.

The early Christians were a persecuted minority group in a pagan world. It was said of certain worthies, “They were narrow. In other words, they had an edge on them, as men that serve in great emergencies must have.”

As long as the church kept that edge, nothing could stand before it. But Constantine came along and the pagans flocked into a popular catch-all fellowship. That almost smothered vital Christianity and we have had revival only as now and then some group has found the narrow way again.

Today, with peaceful coexistence and conformity and compromise, the prevailing marks of the age, nothing is abhorred more than narrowness and differentness. As the race is leveled into one faceless mass in a world-church and world-state preparatory to Antichrist, it is considered the unpardonable sin to
be distinctive.

Instead of meeting the challenge of this pagan civilization with the sharp edge of a dedicated minority, scorning the pleasures of the times, we are now supposed to hold summit conferences with the heathen to work out a religious formula acceptable to all.

Such a hodgepodge built on the Fatherhood of God and brotherhood of men will deceive well-meaning souls who have never known how to separate truth from error, but any real work of God will be an outbreak of original narrow Christianity—foolishness to all natural men.

We are devising clever ways of reducing the faith to what has been called “a fleshly and flat religious neutrality.”

Prayers for peace made in an attempt to blend the Koran, Hinduism, and the Bible may deceive some politicians, but God is not mocked. When a Roman Catholic priest, a Jewish rabbi, and a Protestant minister stage a religious rally, it does not mean that the millennium is just around the corner.

Paul did not meet the perils of pagan Rome by working out an agreement with Caesar. He did not dwell on how much the Gospel had in common with Rome. He did not augment his forces by taking in unrelated groups “who believe almost as we do.”

He could have grown tolerant in his old age and he could have advised Timothy, “After all, times have changed and maybe we better dull the edge a little.” To the contrary, he stiffened Timothy’s moral backbone and bade him endure hardness as a soldier, not negotiate as a diplomat.

Just here, however, much of orthodox Christianity has made its big blunder. It has been sound enough, strict enough, but while non-conformed it has not been sufficiently transformed by the renewing of the mind.

It has been right but not radiant. Its work and labor and patience have not been a work of faith and labor of love and patience of hope. We have had ethical strictness and theological correctness without the hilarious joy of fools for Christ’s sake, in love with the Lord and the souls of men. There have been noble exceptions to be sure, but this has been too true of orthodoxy generally.

The remedy is not in running to the other extreme in a smiling amiability that does little more than fit everybody with rose-colored glasses and paint the clouds with sunshine.

The hour calls for transformed non-conformists who have mastered, by the Spirit, the positive-negative combination of putting on Christ and making no provision for the lusts of the flesh. That will never be a popular movement.

Multitudes who crowd the Lord for loaves and fishes will disperse when they face the meaning of His flesh and shed blood. Only a remnant will remain, the Master’s minority, the few in Sardis. Their greatest peril will be to become proud of it. If they stay humble and faithful and keep sweet, fear the Lord, think upon His name, and speak often one to another, they will be His witnesses, His last minute men while the night darkens before the Day dawns.

There are plenty of subtle influences that would dull the sharp edge of this testimony. There will be persecution for those who refuse to be dulled. But persecution makes a good grindstone, and you cannot sharpen an axe on a pound of butter. You can either sharpen or dull an axe on a grind stone, however, depending on how you hold the axe.

The rough pressures of our time will do one or the other to all of us. It depends on how we meet the grindstone. A lot of people are going to be dulled until they no longer cut wood for God. Others will be made all the keener.

The Savior came to send not peace but a sword. The Scriptures are sharper than any two-edged sword. The saints should see to it that as instruments for the Master’s use they keep an edge on them.