Humility in a Selfie World 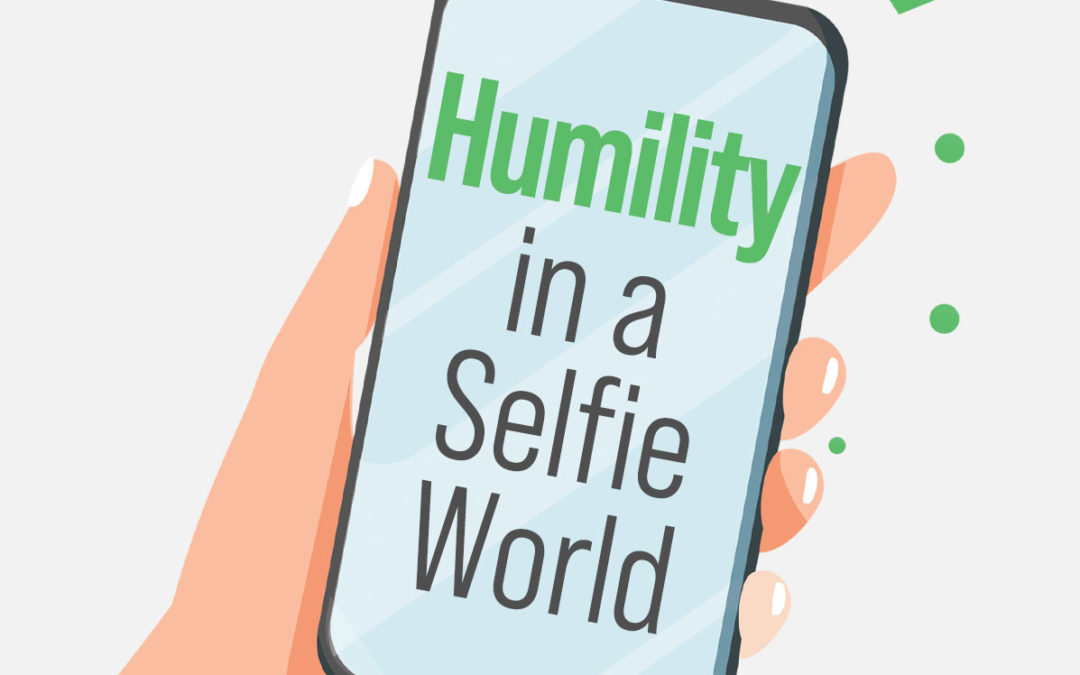 We live in a “selfie world”…an age when social media provides a quick and easy platform to broadcast how successful, prosperous, generous or good looking we are.  In our dog-eat-dog world, people are not afraid to promote themselves, brag on their accomplishments, and do whatever is necessary to outshine the competition and stand out from the crowd.

Humility is decidedly unpopular and often misunderstood, and yet the truth remains that “God resisteth the proud, and giveth grace to the humble.”  (I Peter 5:5)

What does it mean to be humble?

As AW Tozer rightly stated, “The meek man is not a human mouse afflicted with a sense of his own inferiority.  Rather, he may be in his moral life as bold as a lion and as strong as Samson; but he has stopped being fooled about himself.  He has accepted God’s estimate of his own life.  He knows he is as weak and helpless as God declared him to be, but paradoxically, he knows at the same time that he is in the sight of God of more importance than angels.  In himself, nothing; in God, everything.  That is his motto.”

It is impossible to fully understand biblical humility without looking at the example of Jesus Himself.

In Philippians chapter 2, Paul paints a picture of the humility of Jesus.

“Let this mind be in you, which was also in Christ Jesus:  Who, being in the form of God, thought it not robbery to be equal with God: But made himself of no reputation, and took upon him the form of a servant, and was made in the likeness of men: And being found in fashion as a man, he humbled himself, and became obedient unto death, even the death of the cross.” (Philippians 2:5-8)

He was God!  He had thousands upon thousands of angels at His command, but He was willing to empty Himself of all of His rights as God and make Himself of no reputation.  He left all of the glories and splendors of Heaven, wrapped Himself in human flesh, and came down into the misery of this world.  The King of Kings and Lord of Lords became a servant Who was despised and rejected and misunderstood.

The picture of His humble obedience came into full focus when He submitted himself to the shame of the cross.  Stripped of all His clothing so that anyone could look on the shame of His nakedness…nailed to a cross so that passers-by could taunt and mock Him as He hung there in agony.  No one has demonstrated true humility like our Lord and Savior Jesus Christ!

And He calls us to join Him in the place of humility.    He calls us to a heart attitude that lays aside my rights and my desire for my own way, so that I might honor God and live for the good of others.  “Let this mind be in you, which was also in Christ Jesus…”