Into This World The Church Was Born 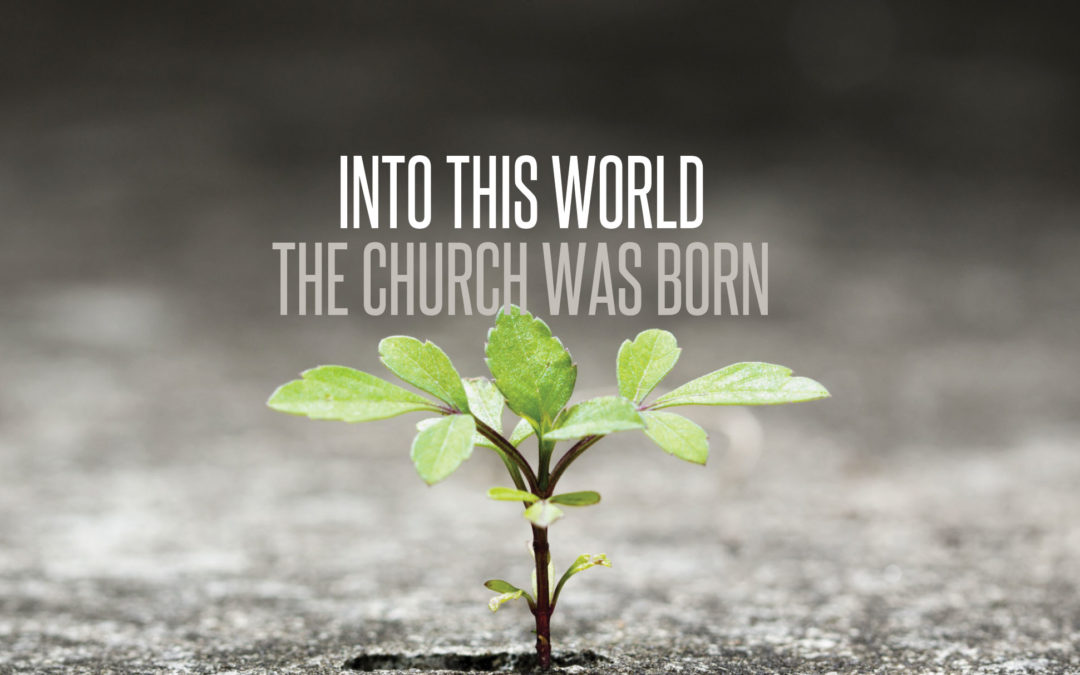 As the disciples of Jesus gathered in the upper room to pray for “the promise of the Father,” the culture outside their doors was profoundly decadent and corrupt. Understanding the times into which the Church was born, as well as the powerful impact of the Church upon the ancient world is both instructive and a source of encouragement for those of us who are the Church of the twenty-first century.

Though small by comparison to the other ancient capitals, the Jews in Jerusalem tenaciously proclaimed God to be holy, loving, personal, and active in governing the universe. They zealously preserved the inspired words of the Law and the Prophets.

But ritualists were running and ruining the Jewish church. The Lord Jesus had warned the Pharisees, “Woe unto you,… for ye… have omitted the weightier matters of the law, judgment, mercy, and faith.” Matthew 23:23. But their pride and their self-righteous attitudes were incompatible with the Christ.

It was into this world that the Church of Jesus Christ was born.

Three ideas were captivating the minds of the philosophers in Athens—the philosophical capital of the ancient world.

The Stoics were teaching that the knowledge of what is good or evil was self-referenced or subjective. Each person must decide for themselves, based on their own thoughts and emotions, what was right.

The Skeptics were convinced that truth could not be perceived through reason or the senses. They simply refused to make any absolute moral judgments. Their attitude might be summed up in one word, “Whatever!”

Subjective truth, pleasure as the measure of all things, and a skepticism that refused to make any moral judgments were the three dominant philosophies of ancient Athens; sound familiar? It was into this world that the Church of Jesus Christ was born.

And what was happening in the world’s sole super-power when the Church was born? For centuries the Romans boasted of their military prowess, economic dominance, and established civility, but moral decay was rampant.

Wealthy Romans lived in beautiful houses—often on the hills outside Rome. They enjoyed extravagant lifestyles with luxurious furnishings, exotic meals, and lavish dinner parties. Their slaves and servants catered to their every whim.

The disparity between the rich and the poor could not have been more pronounced. The poor eked out a subsistence living. Their houses were squalid and structurally unsafe. When the demented Emperor set fire to the city just to watch it burn, the homes of the poor were devastated.

Whatever marriage meant to the Romans, it certainly did not mean “a lifelong commitment of a man and a woman.” Marriage was not regulated in any way by the state. A man could declare himself married, and declare himself divorced. Divorce and remarriage were far more common in the 1st Century than it is even in 21st century America.

With rampant promiscuity came thousands of unwanted babies. Many were left by their parents to die by exposure in the forests and countryside. Others were offered up as a human sacrifice. The Pelasgians offered a sacrifice of every tenth child during difficult times. It is from this practice that we derive our verb, “to decimate,” the population.

In the Roman city of Carthage, located in northern Africa, the charred bones of literally thousands of infants have been found. In one area over 20,000 burial urns have been unearthed. The Roman historians Plutarch, (AD 46-120), as well as Tertullian, Orosius, and Philo all reference the practice.

Infanticide was viewed with callous calculation by parents of the ancient world. A 1st-century letter from a Roman citizen to his wife has been uncovered that reads in part, “Know that I am still in Alexandria. […] I ask and beg you to take good care of our baby son, and as soon as I received payment I shall send it up to you. If you are delivered [before I come home], if it is a boy, keep it, if a girl, discard it.”

The Spartan soldiers were notorious homosexuals. The bathhouses at Pompeii and in Rome were filled with men who were looking for homosexual encounters. Young men, teens, and even pre-pubescent boys were often brought off the streets to gratify the licentious desires of the older men.

Both the rich and the poor frequently visited the Roman baths. It was there that males and females would mix freely, exercising, washing, and chatting. Sexual promiscuity was rampant. Art on the walls of the bathhouses was explicitly pornographic.

God’s people denied themselves the array of pleasures available at baths, or “Cathedrals of Flesh,” as they were known by the Christians.

To entertain the masses, the Romans constructed great stadiums throughout their empire. Here Gladiators would fight to the death, Athletes would compete in the nude, and Actors would portray sexually explicit roles. With the coming of the Christians, a new sport gained popularity. While bloodthirsty masses cheered, wild animals attacked the Christians. Thousands of Christians paid for their testimony with their lives.

Because the Roman Empire incorporated so many regions, each with its own religious preferences, the Romans brought idols or writings from each district back to the Capital City. To maintain some semblance of cultural stability, Roman leaders soundly reproved those who were not tolerant of the religions found throughout the empire. It is no wonder that early Christians were scorned by the Roman masses. After all, Christians affirmed that Jesus was “the way, the truth, and the life.” (John 14:6)

Roman Temples not only featured idols of their many gods and goddesses, but they were also centers of “religious prostitution.” Young girls, as well as young boys, were brought into the temples to be used as prostitutes for “worshippers.”

It was into this world, that the Church of Jesus Christ was born!

History records that it was the influence of the New Testament Church that:

2. Brought stability to the home (standing with Christ for the permanence of marriage and sanctity of human life), and

When God’s holy people are abundantly filled with all the fullness of God, when they are uncompromisingly allegiant to the truth of God’s Word, and when they are aggressive in their evangelism, lives are changed, and all of history is changed.

…New Testament Christians are not concerned about fitting in with their culture, they want to stand out!

…New Testament Christians are not worried about what people think, they want to know what God thinks!

…New Testament Christians are not looking for a church to ‘dinner-tain’ them, they are fasting and praying for God to speak and to move in life-changing, miracle-working power.

…New Testament Christians are not slaves to fashion, they are not attracted to or are they adorned with gold and pearls, nor are they allured by the pleasures and treasures of this world. They are single-minded, suffering the loss of all things that they might win Christ!

…New Testament Christians know that no amount of strategizing and organizing will further God’s Kingdom. They knew that man-made promotions and productions cannot accomplish God’s purpose. They want to know and to fulfill God’s agenda.

Only a people who are purified, empowered, and emboldened with the Spirit of Holiness can “assault the gates of hell,” and prevail.

This is the Church that will become the conscience of a nation and that will “turn the world upside down!”

Oh that God would revive our hearts, and revive our churches, that we might once again see world history, national history, and personal histories changed as they were in the first century. “Jesus Christ is the same yesterday, and today, and forever!” (Hebrews 13:8).