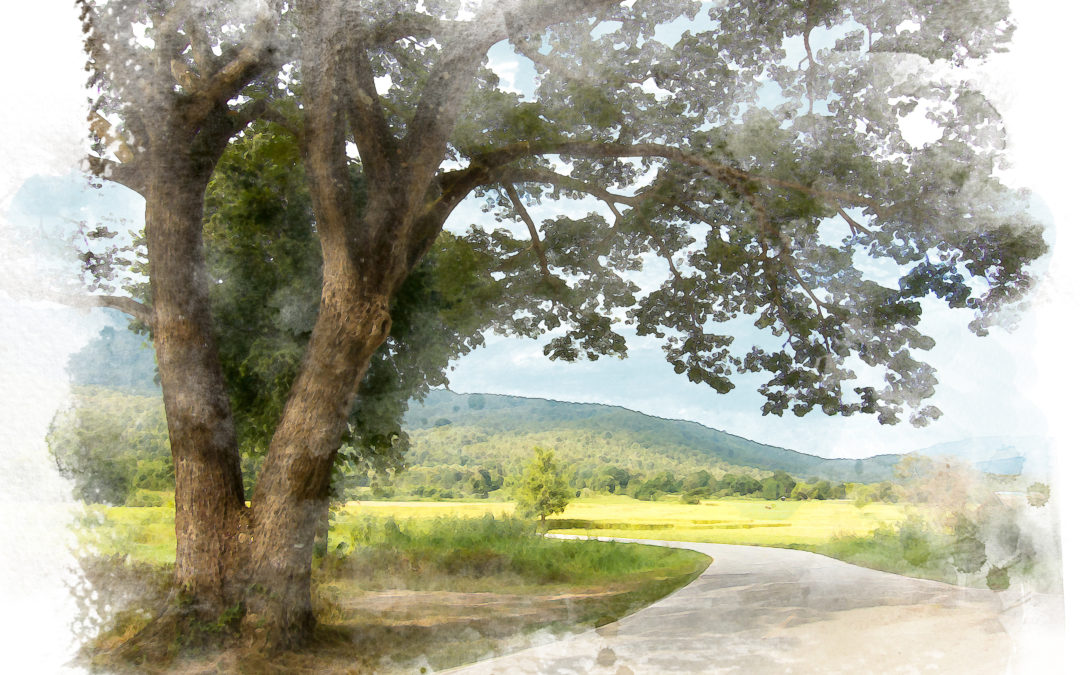 Under a simple square tombstone in the little town of Stanford, Kentucky lie the earthly remains of Mary J. McAfee. At the time of her passing, the esteemed Dr. H.C. Morrison said of Mary “I hadn’t a doubt but directly and indirectly 100,000 souls had been

touched for good through the holy life and beautiful testimony of the little maiden woman who kept the toll gate on the Crab Orchard Turnpike in the outskirts of Stanford, Kentucky.” Mary McAfee’s name was never printed in Who’s Who in America, but she left a saintly legacy by living a life that radiated the beauty of holiness. Hers is a story to encourage and inspire the faithful, quiet Christians—the backbones of our churches—whose pews are rarely empty, whose prayers are continual, and whose influence is supremely important.

Few of the details of Mary’s personal life are known, but when H.C. Morrison was given his first ministerial charge, he was stationed at the Stanford Methodist Episcopal Church, South where she was a faithful member. Morrison would later recount that he had not been in Stanford long at all when he began hearing reports of this unusually pious woman.

First, it was the local Baptist pastor who commented on the dire spiritual condition of the community, “But,” he said, “there is a wonderful woman down here at the toll gate on the Crab Orchard Turnpike. Her name is Mary McAfee. She is a very remarkable Christian; a little peculiar in her views, but wonderfully filled with the Spirit. If we had more like her, the churches would be in better condition.” 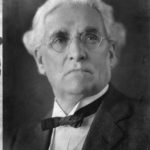 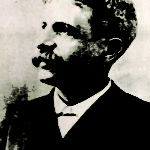 Then there was the Presbyterian pastor. He told Morrison of the need for spiritual revival in Stanford and then he said, “Have you met Mary McAfee? She is a member of your congregation. She keeps the toll gate down here on the Crab Orchard Pike, something more than half a mile out. You must call to see her. She is a remarkable saint, has some queer notions, but has a wonderful experience. She claims an experience of full salvation and she certainly lives very close to her Lord.”

In the process of acquainting himself with his new ministerial charge, Morrison visited the county jail where he preached to 28 prisoners and engaged them in conversation afterwards. One of the prisoners told him in his own homespun way, “There ain’t much religion in this here place, but I will say there is a saint down at the toll gate. This here Miss McAfee, she sure lives with the Lord. That woman has got Bible religion.”

After the testimony of the Baptist pastor, the Presbyterian pastor, and the prisoners in the county jail, young Morrison was anxious to meet this vibrant Christian witness down at the toll gate. When he made her acquaintance, what he found was a small, unassuming lady. She had little education, but she had a deep understanding of Scripture and a fervent prayer life. Her sweet spirit and consistent godliness won the confidence of all who were fortunate enough to know her. Her persona was marked by an optimism grounded in the reality of God’s redemptive and sanctifying power at work in her life and her unwavering belief that God could do for others what He had done for her. Morrison later remembered their first meeting, “I had never met in all my life with anyone to whom Jesus Christ seemed a more real person and a more gracious and present Savior. The tears trickled down my cheeks while she talked.”

But the circle of Mary McAfee’s influence did not end at the Stanford city limits, nor did it end at the Lincoln County line. For many years, Mary had prayed for a spiritual revival in Stanford, and as the years passed, it must have seemed as if her prayers had gone unanswered. But while Mary waited for God to move, the consistent, godly character that marked her conduct at the toll gate on Crab Orchard Turnpike captured the attention of a newspaper reporter from the Courier-Journal in Louisville.

In his book Remarkable Occurrences, Beverly Carradine explains what happened next. This unnamed journalist from Louisville wrote a brief sketch of Mary’s life and reputation noting, “There lives in Stanford, Kentucky a woman named Mary McAfee. She dwells in a small yellow cottage in the edge of town and keeps the Toll Gate.” What made her unique and worthy of a paragraph in the Courier-Journal? “She claims to have been sanctified…” he wrote.

What seemed to be a simple special interest piece written by a Kentucky journalist proved to be an answer to prayer to a preacher 600 miles away in the state of Mississippi, and ultimately, it helped bring about the answer to Mary’s own prayer for revival in Stanford.

Through the providence of God, the particular page on which the article about Mary’s sanctified life was printed made its way into the hands of Rev. W.W. Hopper, a young Mississippi preacher who was seeking for a deeper walk with God but did not have a full understanding of the Biblical doctrine of entire sanctification. As this young preacher read of the sanctified toll gate keeper, her testimony resonated in his heart, and he prayed, “Lord, if you want me to meet this woman and learn what it means to be sanctified wholly, then You’re going to have to provide the money to get me there.”

Within one week, God provided him with the necessary funds, and Hopper was soon knocking on the front door of that little yellow cottage and meeting the saintly Mary McAfee. He explained why he had come, and soon Mary and her sister were explaining to him the way of perfect love. He was an earnest seeker, and so it was not long until he was on his knees in that little cottage seeking for a pure heart. Within a few days, W.W. Hopper had been filled with the Spirit and was on his way back to Mississippi to begin preaching the message of holiness.

When Hopper returned home, his ministry took on a new life and effectiveness, but not everyone was enthusiastic about his newfound zeal. Opposition to his message reached such a fevered pitch that at his church’s annual conference one preacher declared, “Bishop, I would rather the devil from hell should preach on my circuit than that man.”

There were some, however, who supported Hopper’s new emphasis on the fullness of the Spirit and the need for a holy heart. Rev. Beverly Carradine was pastoring the Carondelet Methodist Church in New Orleans, Louisiana, and much like Hopper several years before, he, too, realized that something was missing in his walk with God. He sensed the deep need of revival in his congregation, and as he prayed, Carradine had a strong impression that he was to call W.W. Hopper as an evangelist to his church.

It was during Hopper’s ministry at the Carondelet Methodist Church that Beverly Carradine, the powerful Holiness evangelist who would come to be known as “the Prince of Holiness writers,” was entirely sanctified. In typical bombastic Carradine style, he testified that during the revival meeting “…one morning at 9:00 on June 1, 1889, the baptism with the Holy Ghost and fire fell upon, filled, and literally overwhelmed [me]!” This experience forever changed the trajectory of Carradine’s ministry.

Five years later, Mary McAfee was still praying for revival in her beloved hometown of Stanford, Kentucky. By now Carradine had entered the field of evangelism, and as providence would have it, he was invited to come to Mary’s church for a revival meeting. Carradine’s own words best describe the powerful move of God that followed at the Stanford Methodist Episcopal Church, South: “Suffice it to say that the power of God fell upon the people; that salvation rolled; that the meeting had to be moved twice to obtain larger quarters…the people filled the seats, jammed the vestibule and aisles, crowded the chancel, lined the altar rail and sat on the floor in the pulpit to hear the Word of God, while scores and scores, with tears, laughter, shouts and clapping of hands, were swept into reclamation, regeneration and entire sanctification.” Mary’s prayers for revival had been answered and her faithfulness had been rewarded. Not only was her beloved hometown touched by the power of her walk with God, but in the years that followed the impact of Carradine’s wide ministry on many lives could largely be attributed to her as well.

Interestingly, Mary’s influence reaches indirectly to the Interchurch Holiness Convention. Dr. Beverly Carradine’s extensive evangelistic ministry took him to a little mission hall in Denver, Colorado where Attorney Alfonzo French was representing a client in a corporate lawsuit. At the encouragement of his wife, French, an upstanding Methodist layman, stopped by the little mission hall one Sunday evening just to listen to the singing, but soon his curiosity was piqued, and he stayed to listen to Dr. Carradine’s message. That night this proud attorney and respected churchman realized that he was not even converted. As conviction gripped his heart, he prayed at Carradine’s altar and was wonderfully saved. He was encouraged to seek for the deeper cleansing of entire sanctification, and over the next five nights, God dealt with Alfonzo French in a deep way as he yielded every part of his life to God. He soon realized that for him, whole-heartedly following God would mean giving up his law practice and becoming a preacher. Finally, French said a full and complete “yes” to God’s will, and later that night, while traveling home on a Pullman coach, the Spirit witnessed to his heart that he had been sanctified wholly.

Alfonzo French went on to follow the Lord in fruitful ministry, and among his children who followed him into the ministry was a son—H. Robb French, co-founder of the Interchurch Holiness Convention.

Mary could not have realized that her quiet, simple faithfulness and her persistent prayer life would have such an impact on so many lives. The words that Jesus spoke of the woman who broke the alabaster box of ointment and anointed His head could also be spoken of Mary McAfee, “She hath done what she could…” And today she reaps the reward of her quiet faithfulness in Heaven, a member of the Church Triumphant.

On September 17, 1880 the Stanford Interior Journal reported that on the previous day Miss Mary McAfee, who had been bedridden for nearly seven years due to a spinal disease, had experienced divine healing. The account was given that after her pain stopped and her bodily strength returned, she got out of bed, dressed, and went to share the good news of her healing with her mother, who was so shocked to see her daughter on her feet that she thought she was seeing a ghost. Fear quickly turned to rejoicing when Mary assured her mother that God had answered the many prayers prayed on her behalf. The secular journalist closed his unique report by writing, “This is no fancy sketch; the facts are true to life. Wednesday the young lady was bedridden, yesterday we saw her walking about fully restored to health. Let the skeptic doubt and the unbelieving deny, yet the facts remain and can be substantiated by hundreds of our citizens.”

It was under Carradine’s ministry that J. O. McClurkan, a devout Presbyterian, was entirely sanctified. McClurkan went on to start the “Pentecostal Literary and Bible Training School” (now Trevecca Nazarene University) one year before Mary passed away. Years later, Evangelist Raymond Browning said while preaching in a camp meeting on the school grounds, “Friends, do you know why this camp meeting has been here through the years and why that old college on the hill has sent its hundreds of preachers and missionaries around the earth? It is because the shadow of a little sanctified toll gate keeper reached down to Mississippi, across to Louisiana, back to Tennessee, and then to the far corners of this world.”