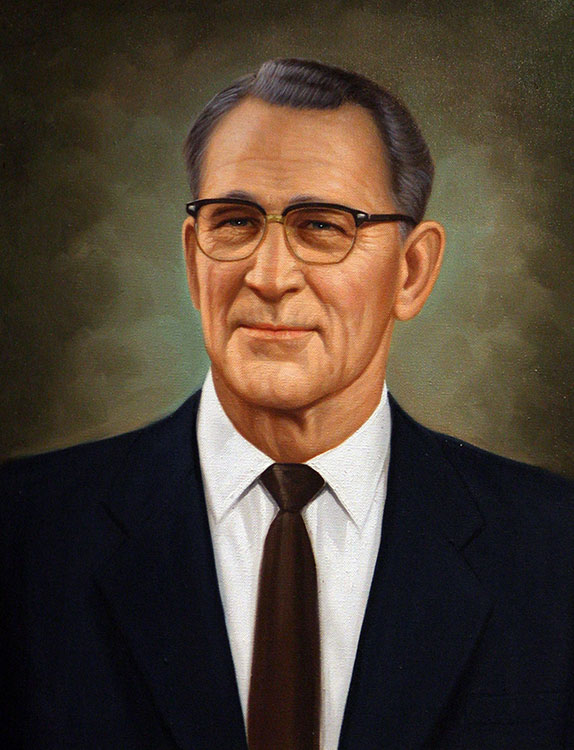 “The only sin that can be forgiven is a fully confessed and fully forsaken sin.”
Read Bio

Rev. Glenn Griffith, known by some as a modern John the Baptist, was born on August 17, 1894, in Augusta, Kansas. Glenn was one of eleven children of the late John and Elizabeth Griffith. He was also born again in the great old Jayhawk state. Later he was sanctified and in 1912 was called to preach. However, he initially rejected the call and served as a U. S. Army sergeant during World War I. After his return from war, he answered the call to preach.

Griffith married Miss Josephine Clark who stood faithfully by him and kept the home fires burning through all the years of his ministry. Brother and Sister Griffith had five living children. Griffith’s first pastorate was at Newton, Kansas. He was a compassionate preacher with real tears in his eyes and was an example of humility and kindness. Yes, a living example of holiness. He held camp meetings and revivals from coast to coast in the United States and in much of Canada and Latin America. He is considered one of the greatest camp meeting preachers in his generation.

In September of 1955 he began a tent meeting in Idaho which ran for several weeks and culminated in the organization of what is now the Bible Missionary Church.  Glenn Griffith also founded the Wesleyan Holiness Church and was a leading influence in the InterChurch Holiness Convention.  “Grif” (as his contemporaries called him) departed this life on January 12,1976 in San Antonio, Texas.