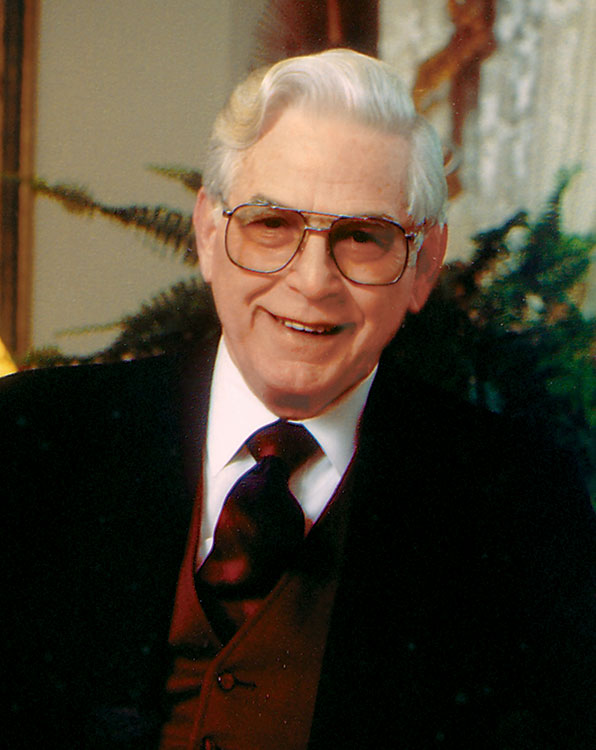 “Evangelism’s fire warms the cold, melts the frozen, and rouses the indifferent”

Read Bio
Harold Edward Schmul was born on January 26, 1921. On June 28, 1941, he married his sweetheart, Lois Pauline Hall. Together, Harold and Lois had two sons, Harold II and Bradly. He was a church statesman, missionary, evangelist, pastor, preacher, theologian, historian, and publisher. But most of all, he was a ‘man of God’. Harold and H. Robb French became burdened about what they perceived as the lessening of spiritual life in the holiness churches of their day. They felt that a “convention” without any trappings of a denomination might be a vehicle which God could use to unite conservative holiness people in seeking God for revival and to promote an atmosphere of prayer and humility, while spurring them on to spiritual victory in spite of negative influences. In March of 1952 they organized what became known as the Inter-Church Holiness Convention in Cincinnati, Ohio. A believer that the Holiness classics needed to be more widely available, he started Schmul Publishing, the largest publisher of Wesleyan Methodist literature which has become a means of spreading the Holiness gospel abroad. Schmul loved the old fashion Methodist hymns and often would request the song I Don’t Care What Church You Belong To to be sung in services he was leading.

On June 26, 1998, H. E. Schmul died in Salem OH. This was not an ending for him but just the beginning of a life in which he can praise the King of Kings and Lords of Lords he so faithfully served while on this earth.

Authored
Christ Preeminent
Crucible of Divine Love
Forgiving Love
Gift of the Thorn
Conscience: Blood Washed or Brainwashed
Christian Perfection: A Compilation of Six Holiness Classics in One
Why Are We Losing Our Children
No Uncertain Sound
Trumpets In Zion
and Others