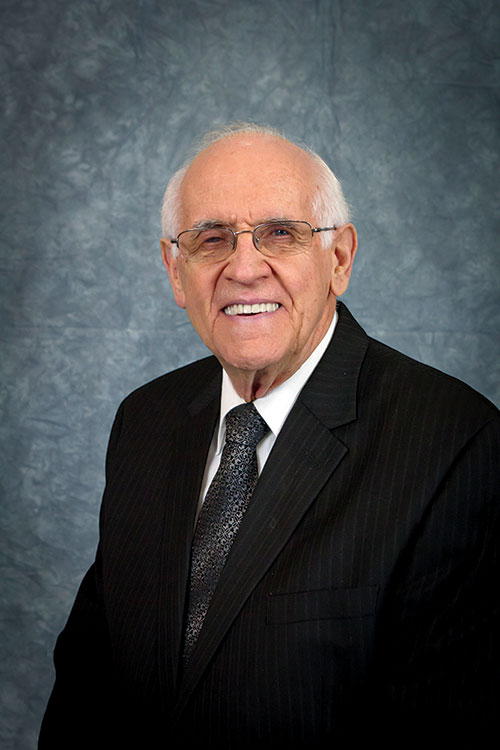 “ God’s holiness people are the best people on earth, bar none.”

Read Bio
Leonard Lewis Sankey was born on April 7, 1936 in Greenville, Pennsylvania to parents, William and Leona Sankey. Upon completion of high school, Leonard attended God’s Bible School and College. As a young nineteen year old, in 1955, Leonard served in some capacity with IHC. He graduated in 1960 with a Bachelors in Theology. Shortly following his graduation from GBS, Leonard married Janet May Ferguson in Greenville, Pennsylvania on September 17, 1960.

Leonard and Janet soon began their ministry in local churches and camp meetings, first as song evangelist and then as a preacher. To the Sankey home was born three children, two girls and a boy. In 1962 the Sankeys began service under Evangelistic Faith Missions, their first and third terms in Guatemala and their second in Honduras. As a missionary, Leonard served as pastor, evangelist, church-planter, teacher, and field director. From 1975-1979, he worked in EFM headquarters in Bedford, Indiana, as deputation secretary, office manager of the Missionary Herald, and interim president and director. From 1979-2009, he served as pastor of Faith Mission Church, Bedford, IN, where he established Stone City Christian Academy. Sankey has given major service to the holiness movement. Except for his time of missionary service in Honduras and Guatemala, he has been part of the active ministry of the InterChurch Holiness Convention. He served as Assistant General Secretary to Harold Schmul (General Secretary 1952- 1997) and was elected to succeed Brother Schmul as General Secretary in 1997. Leonard Sankey has been a rock of stability for the holiness people. The Sankeys have ministered in sixteen nations and thirty-six states. Following Leonard Sankey’s retirement after the 2016 IHConvention, the Executive Committee named Leonard Sankey “General Secretary Emeritus.” The legacy of the Sankeys will continue. As long as God gives strength and help, Brother Sankey has committed to preaching and supporting the work of IHC around the world.