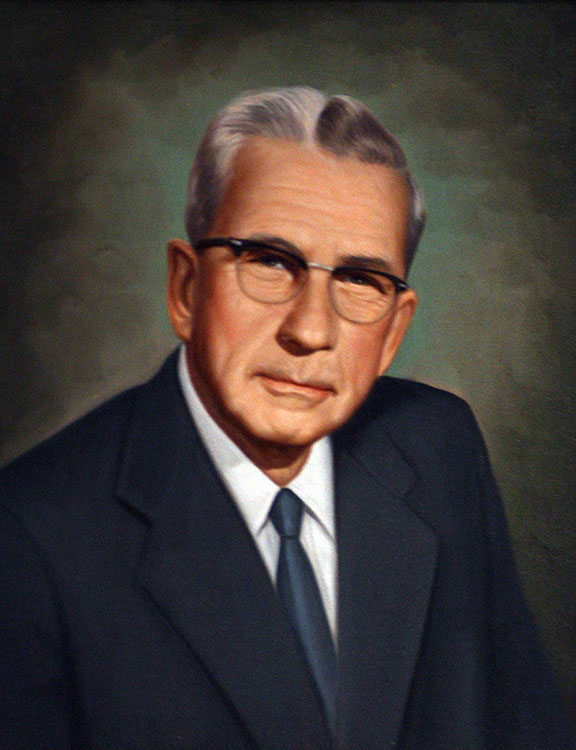 Richard Gant Flexon was born on June 18, 1895 in Downer, New Jersey, to Methodist parents, Richard and Emma Flexon. His father was a farmer and minister and his mother was the disciplinarian but died when R. G. was only six years old. The family altar was always a part of the Flexon home. R. G. was converted during his dad’s ministry at the age of six. When he was thirteen the call to preach was burned on his heart and he preached his first sermon at the age of fourteen. At the close of that first sermon, eleven men came to the altar. Flexon was later sanctified at the age of twenty-three. He came in contact with the ‘holiness’ church at the age of seventeen in Glassboro, New Jersey. His ministerial training took place at the Apostolic Holiness University, the Pilgrim Holiness’ school at the time. In 1915 he was ordained. Richard met the girl of his dreams, Emma Laura Hunter, and was married on June 16, 1915 in Glassboro.

The Flexons then began pastoring and in 1919 Richard became the president of Beulah Holiness Academy, a position he would hold for the next ten years. During this time, the Flexon home was blessed with a little girl and boy. In 1959 Flexon received a Doctor of Divinity from Eastern Pilgrim College. He authored nine books, numerous articles for the Pilgrim Holiness periodicals and co-founded the American Holiness Journal, which he was an editor of for many years. 1962 – 1964 found Flexon president of Central Pilgrim College in Bartlesville, Oklahoma. His remaining years were spent in assisting, teaching and raising funds for God’s Bible School.

Although Richard was a very busy and well-known man, he first and foremost was known as an evangelist who preached with singular anointing and power. He had a deep passion for soul-winning in revivals, camp meetings, mission fields, and wherever he would come in contact with someone in need. His heartbeat was for world missions and “those who have never heard”. Most of all, Flexon was also a man of prayer. Records indicate that R. G. Flexon preached at least 442 revivals, 152 camp meetings, and had over 150,000 seekers at his altars. Many were called of God and answered those calls under his preaching. Another talent he had was in fund raising.

On April 19, 1982, R. G. Flexon breathed his last breath in Salisbury, Maryland at the age of 86. This preacher, writer, and man of prayer, with a wide influence in the Pilgrim Holiness Church of his day may be gone, but his legacy lives on in the hearts and sermons of many of our Holiness preacher boys today.